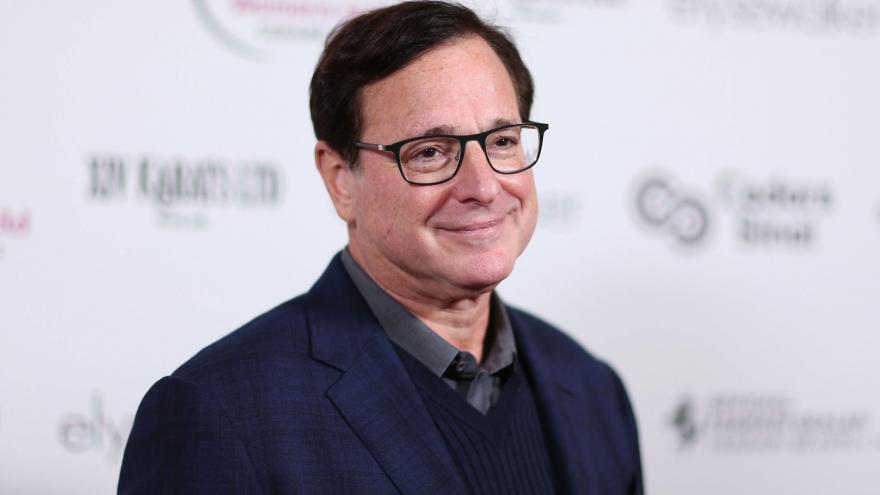 (CNN) -- A Florida judge on Monday blocked the release of certain records related to the death investigation of actor and comedian Bob Saget.

The judge's decision came nearly a month after Saget's family filed a lawsuit to block the release of some records, citing privacy concerns, as CNN previously reported.

"The entire Saget family is grateful that the Judge granted their request for an injunction to preserve Bob's dignity, as well as their privacy rights, especially after suffering this unexpected and tragic loss. We are pleased this issue has been resolved, and the healing process can continue to move forward. All of the prayers and well wishes continuously extended to the family are beyond appreciated," Saget family attorney Brian Bieber said in a statement to CNN.

Saget, 65, was found dead in his hotel room in Orlando, Florida, in January. The Orange County Medical Examiner's Office determined that his death was accidental, most likely due to him falling backward and striking his head.

On Monday, a source familiar with the investigation told CNN The Orange County, Fla., Sheriff's Department completed its investigation into Saget's death and issued a final report on the matter.

The report's findings are consistent with the medical examiner's initial ruling that Saget's death was accidental in nature, according to the source, who is not authorized to speak publicly about the matter

"There are no surprises in the report," the source said.

Saget's widow Kelly Rizzo and her three daughters last month filed a lawsuit against Orange County's sheriff and the medical examiner's office, requesting that some investigation records related to the death be exempt from being revealed publicly because of their graphic nature in how they portray the late actor.

The family argues in the lawsuit that the release of this information -- whether through a public records request or any other avenue -- would cause them to "suffer irreparable harm in the form of extreme mental pain, anguish, and emotional distress."