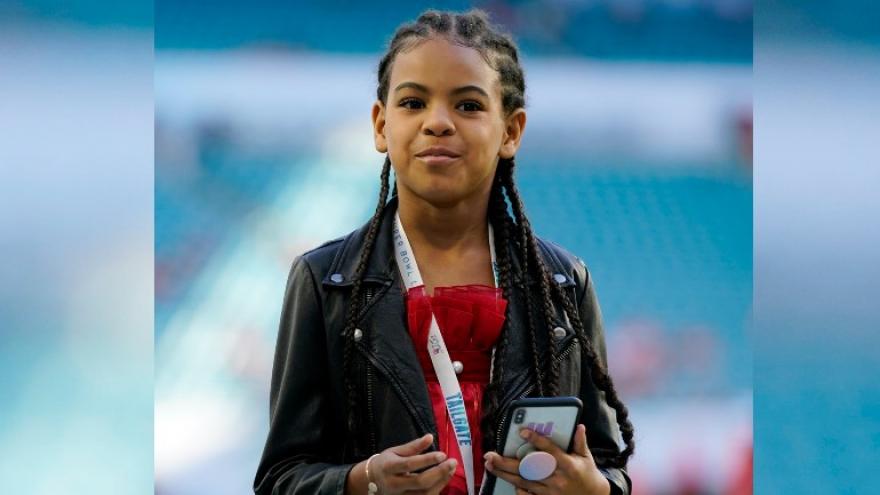 (CNN) -- Blue Ivy Carter appears to have a work ethic similar to her parents.

The eldest daughter of Beyoncé and Jay-Z has narrated the book "Hair Love," according to its author.

Writer Matthew Cherry tweeted a link and sample of the audio version of his children's book illustrated by Vashti Harrison featuring narration by the eight-year-old.

In February the animated short film version of the book about an African American father learning to style his daughter's hair won an Academy Award.

The young Carter is no stranger to the spotlight.

In addition to appearing in some of her mother's music videos and at events with her parents, this year Blue Ivy won her first BET Award for collaborating with her singer mother on the single "Brown Skin Girl."

HBO Max, which is owned by CNN's parent company, has planned a TV series based on "Hair Love."