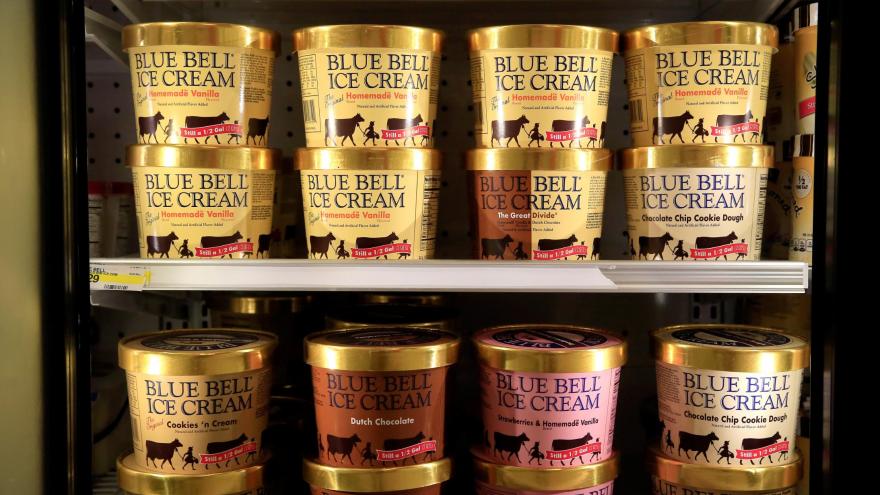 (CNN) -- Blue Bell Creameries agreed to plead guilty to two misdemeanors and pay $19.3 million in fines for shipping contaminated ice cream during a 2015 listeria outbreak that left three people dead. Its former CEO was charged with conspiracy in a scheme to cover up the incident, the US Department of Justice announced.

Federal prosecutors said Friday that the fines are the second largest ever paid in a food-safety case.

Blue Bell ice cream was linked to 10 listeria cases in four states, including three deaths in Kansas. Listeria could have spread through a drainage system at an Oklahoma plant, Blue Bell told federal inspectors.

The company's former CEO, Paul Kruse, was charged with seven felony counts, including conspiracy and attempted wire fraud, for allegedly telling Blue Bell employees to remove potentially contaminated products from store freezers without notifying retailers or consumers about the reason for the withdrawal.

Kruse's attorney, Chris Flood, told CNN Business in a statement, "Paul Kruse is innocent of these charges" and he "along with all of the other employees of Blue Bell did the best they could with the information they had at the time."

The Texas-based ice cream company said in a statement, "Today we are a new, different and better Blue Bell." It added that "we learned hard lessons and turned them into determination to make the safest, most delicious ice cream available."

After Blue Bell said listeria was found on the lid of a food service cup in March 2015, it gradually recalled products before issuing a complete recall a month later of all its ice cream, frozen yogurt, sherbet and other frozen treats sold in 23 states.

In January 2016, the Justice Department announced it was investigating Blue Bell. A separate investigation by the Centers for Disease Control and Prevention showed the company's listeria outbreak dated back to 2010.

Listeriosis is a potentially fatal infection caused by the germ listeria, which is found in soil, water, raw milk and some animals like poultry and cattle. Unlike many other germs, it can grow in the cold temperature of a refrigerator or in a food processing plant.