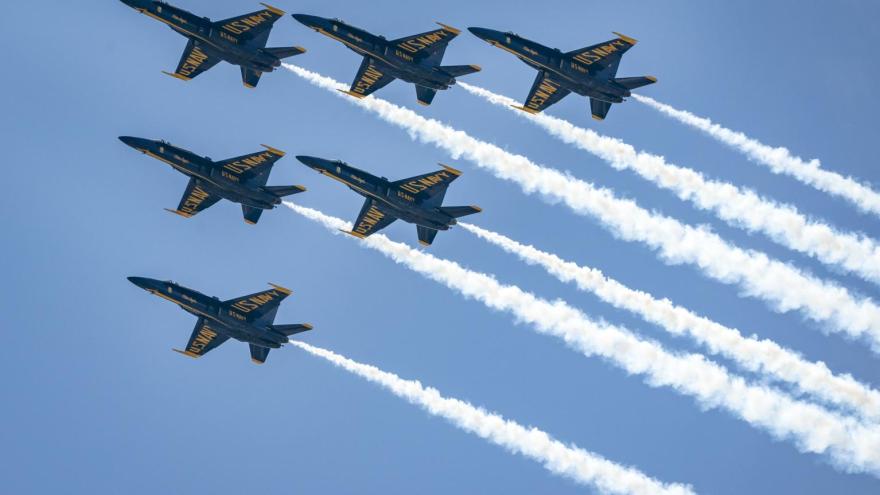 The Blue Angels, the US Navy's elite flight demonstration squadron, has selected the first female fighter jet demonstration pilot for their upcoming season.

Lt. Amanda Lee was selected to be a F/A-18E/F demonstration pilot along with Lt. Cmdr. Thomas Zimmerman, a release from the Blue Angels states. While Lee has been selected, she will still need to complete an intensive five-month training program with the Blue Angels, which all new members are required to complete.

The F/A-18E/F is one of the six aircraft that fly during most of the Blue Angels demonstrations.

While Lee is set to be the first woman to serve in this role on the team, "For over 55 years, hundreds of women have served with the Blue Angels representing the very best of the Navy and Marine Corps," the release states.

"We had an overwhelming number of applicants from all over the globe this year," Capt. Brian Kesselring, commanding officer and flight leader of the Blue Angels, said in the release. "We look forward to training our fantastic new team members, passing on the torch, and watching the incredible things this team will accomplish in 2023."

These six new team members were chosen to be interviewed at Naval Air Station (NAS) Pensacola, Florida, during the week of the Pensacola Beach Air Show, which took place July 6-9, the release said.

The new team members will report to the squadron in September and begin the five-month training program in November at NAS Pensacola, Florida and Naval Air Facility El Centro, California, the release said.

The Blue Angels' mission is to "showcase the teamwork and professionalism of the United States Navy and Marine Corps through flight demonstrations and community outreach," the release states. The Blue Angels were founded in 1946 and perform multiple showcases across the US every year.