Bloomberg to air gun control ad during the Super Bowl 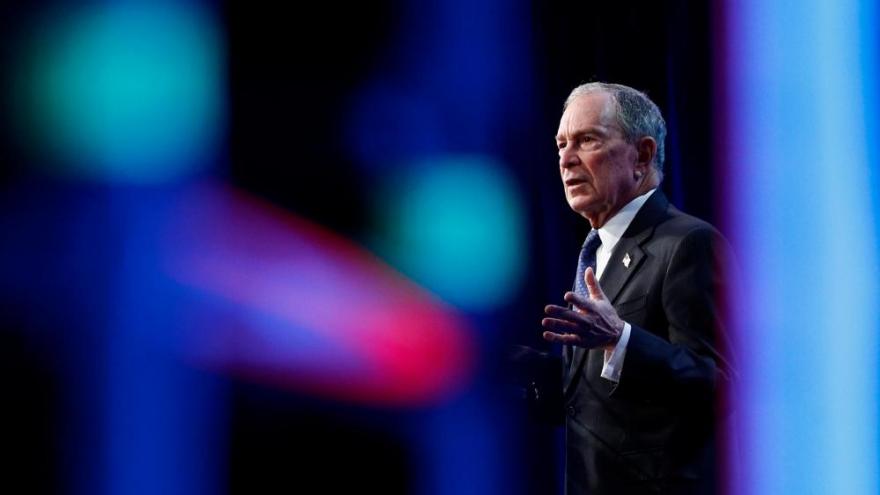 "I chose to devote the entire sixty-second ad to gun safety because it matters to communities across the country and it will be a top priority for me as president," the 2020 Democratic presidential candidate said in a statement on Thursday.

Later Thursday, President Donald Trump's reelection campaign also released one of two ads it plans to air during the Super Bowl. The 30-second ad, titled "Stronger, Safer, More Prosperous," features clips of the President and media reports touting the state of the economy during his presidency.

The President's campaign will also run a second 30-second ad during the game, but said in a statement that it does not plan to release that one beforehand.

Super Bowl ads are a staple of the annual televised event, which will take place Sunday when the Kansas City Chiefs play the San Francisco 49ers at Hard Rock Stadium in Miami, Florida. The game typically draws a large television viewing audience, with last year's having an average of 100.7 million viewers across several channels and streaming outlets, according to CBS.

Presidential candidates don't typically air Super Bowl ads, which can be costly, but Bloomberg, a billionaire who is funding his own campaign, has already shown a willingness to spend millions on TV advertisements for his White House bid. As of Monday, Bloomberg has spent $270 million on TV, radio and digital advertising, according to Kantar Media/CMAG.

CNN previously reported that both Bloomberg and Trump's campaigns planned to spend $10 million each on the 60-second ads.

Bloomberg's ad features Calandrian Simpson Kemp, a Texas mother whose son George Kemp Jr. was fatally shot at age 20 in 2013, according to a statement from the campaign. In the video, Kemp opens up about the grief she's felt over her son's death and the need to take action on gun violence in America.

"When I heard Mike was stepping into the ring I thought, 'Now we have a dog in the fight,'" she says. "Mike's fighting for every child because you have a right to live. No one has a right to take your hopes and dreams."

Bloomberg said in the statement that Kemp's "story is a powerful reminder of the urgency of this issue and the failure of Washington to address it."

"People will be rooting for different teams in the Super Bowl, but virtually all Americans -- including people in both parties and a majority of gun owners -- support universal background checks and other common sense gun laws."

Bloomberg has long been a proponent of more restrictive gun laws. Everytown for Gun Safety, a gun-control group aligned with the former mayor, has spent millions of dollars to elect candidates supportive of gun-safety measures. In 2014, Bloomberg pledged $50 million to Everytown, an umbrella organization for his two other gun control groups -- Mayors Against Illegal Guns and Moms Demand Action for Gun Sense in America -- in an effort to make the political climate more supportive of gun control.