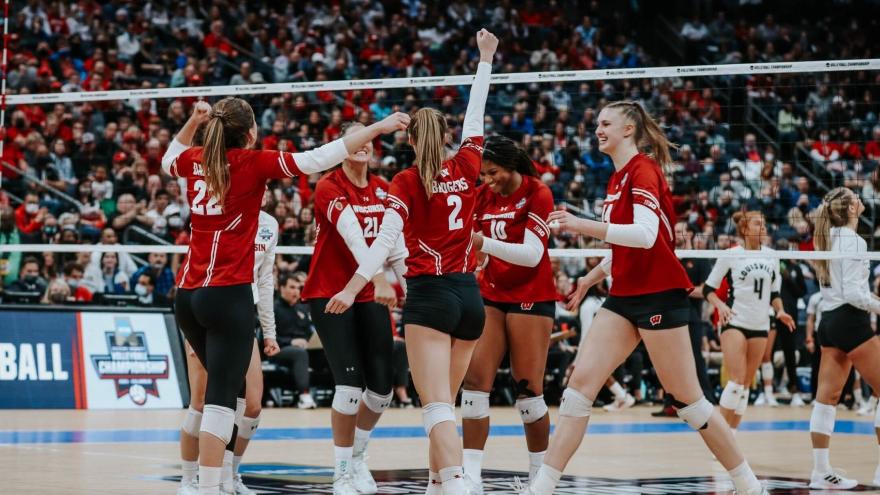 Rettke also finished with a career-high 13 blocks in her collegiate finale.

The 6-foot-8 middle blocker showed her value in the decisive second set when she generated three-straight points with a kill and consecutive blocks. Wisconsin (31-3) set a championship game record with 24 blocks.