Blinken says it would be 'very hard' to meet 62,500 refugee cap this fiscal year 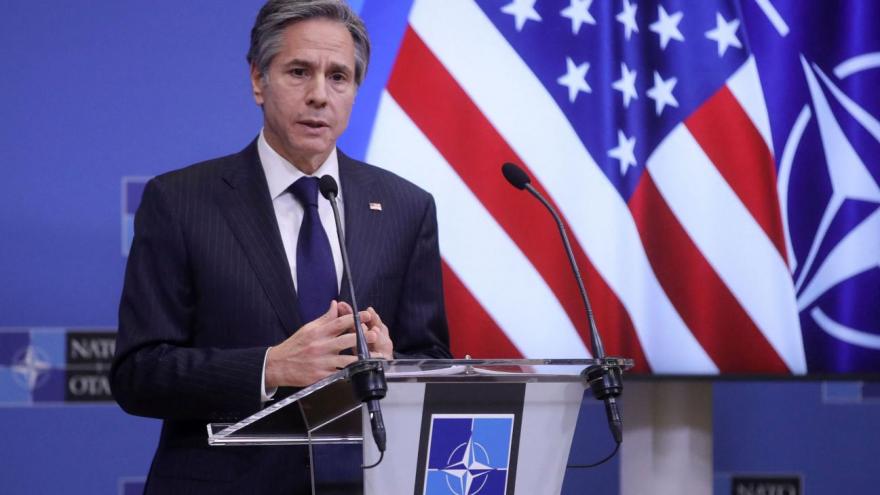 Secretary of State Antony Blinken said April 18 that it would be "very hard" to meet the 62,000 refugee cap pledged by President Joe Biden, arguing that the refugee system that was in place when the administration came in lacked "the means to effectively process as many people as we hoped."

(CNN) -- Secretary of State Antony Blinken said Sunday that it would be "very hard" to meet the 62,000 refugee cap pledged by President Joe Biden, arguing that the refugee system that was in place when the administration came in lacked "the means to effectively process as many people as we hoped."

"I think what the President has and the White House has said today is that based on what we've now seen from in terms of the inheritance and being able to look at what was in place, what we could put in place, how quickly we could put it in place, it's going to be very hard to meet the 62,000 this fiscal year," Blinken told ABC News, adding that a Trump-era policy prohibition on refugees from the Middle East and Africa "has now been lifted," and refugees in the pipeline are now eligible to seek asylum in the US.

Pressed on whether the administration would accept 125,000 refugees next year, Blinken replied: "Look, the President's been clear about where he wants to go, but we have to be, you know, focused on what we're able to do when we're able to do it."

The comments from the secretary come as Biden faces heat from refugee groups and congressional Democrats over an announcement on Friday that he would keep this fiscal year's refugee cap of 15,000, and not raise the cap as he had promised to do -- a significant reversal from the Biden administration's proposal in February to lift the cap to 62,500.

The President again reversed course on Saturday, saying his administration will increase the refugee cap.

National security adviser Jake Sullivan could not say on Sunday how many refugees Biden would ultimately allow into the country, but insisted the President is "not breaking that promise" to allow more refugees into the US.

"President Biden's ultimate target is going to reflect very much his commitment to bringing refugees to the United States to the maximum extent possible consistent with our ability to process them," Sullivan told CNN's Dana Bash on "State of the Union."

Sullivan, who, like Blinken, noted that Biden had removed restrictions on refugees from certain African and Muslim-majority nations, similarly said the White House was contending with a system that had been dismantled under the previous administration.

"What will drive our determination are the practical questions of whether we can fix the absolutely shattered system we were left with to process refugees," he told Bash.