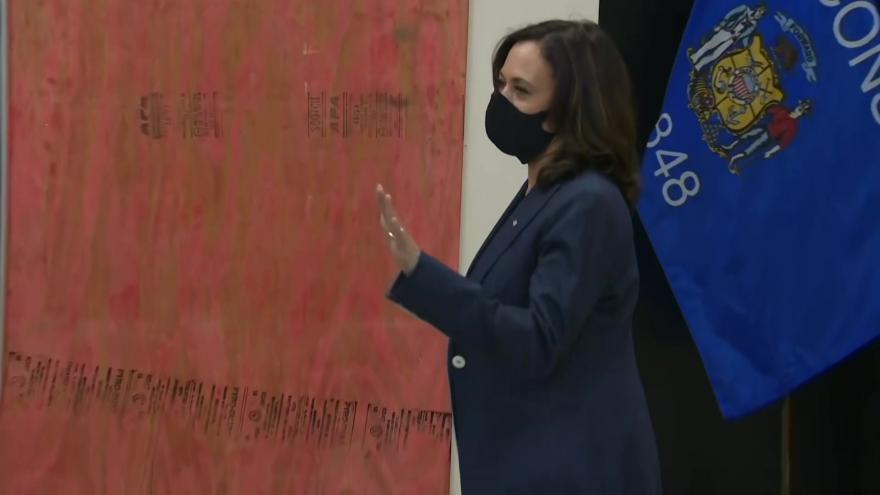 Attorney Ben Crump says Blake joined in the conversation by phone from his hospital bed.

Sen. @KamalaHarris met with the family of #JacobBlake today, who joined by phone from his hospital bed. The family’s legal team released the following statement about the one-hour visit. #JusticeForJacobBlake pic.twitter.com/TQ7io0Clhe

Blake remains hospitalized after being shot in the back seven times by a white Kenosha police officer while authorities were trying to arrest him on Aug. 23. He remains paralyzed.

Crump says Harris, the Democratic vice presidential candidate, spoke individually with each family member about how they were handling the shooting and urged them to take care of their physical and mental health.

Crump says Blake told Harris he was proud of her, and Harris told Blake that she was also proud of him and the way he was working through his pain.

“Jacob Jr. assured her that he was not going to give up on life for the sake of his children,” Crump said.

Crump says Harris also talked about policy changes she and Democratic presidential nominee Joe Biden will seek, and encouraged family members to continue to use their voices to help end systemic racism.