Black children are 6 times more likely to be shot to death by police, study finds 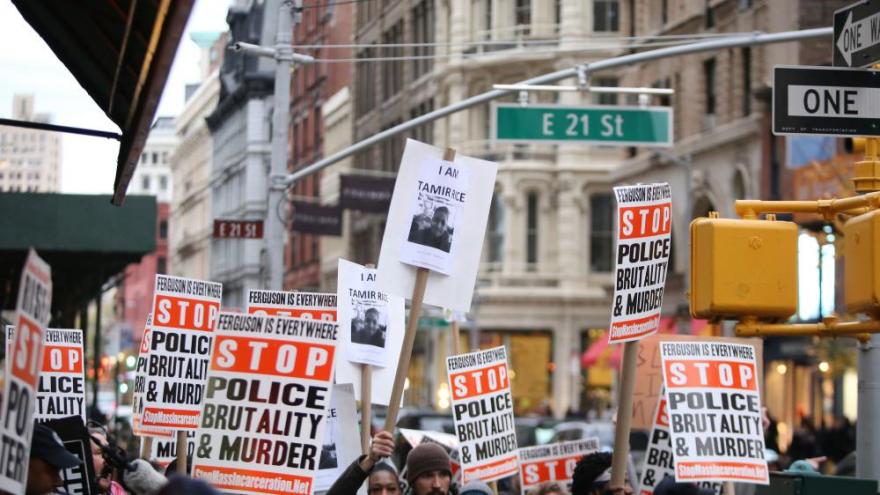 Black children are 6 times more likely to be shot to death by police, study finds.

(CNN) -- Black children were six times more likely to be shot to death by the police than their White peers over a 16-year period, according to a study published in the journal Pediatrics that offers support for a disparity long-highlighted by activists.

Hispanic children were three times more likely to be shot to death than White children, the study found.

"The results are not surprising, but that doesn't take away from the tragedy of these results," lead researcher Dr. Monika K. Goyal told CNN. "When we see that this extends to children, it makes this issue even more tragic."

Police mistreatment of Black adults took center stage this year as protests unfolded across the United States following the death or serious injury of people in police custody. Similar cases in recent years involving Black children, including 12-year-old Tamir Rice, have highlighted how minors, too, can be victims of police violence.

Goyal and her team found that 140 adolescents died from police intervention from 2003 to 2018, and of those cases, 131 involved firearms, the study states. The vast majority of the victims -- roughly 93% -- were male, with an average age of 16 years.

"Although these numbers are small, Dr. Goyal notes that there's a potential rippling effect, with the death of each child having wide-ranging impact on an entire community," according to a news release from Children's National, where Goyal is associate division chief of Emergency Medicine and Trauma Services and director of Academic Affairs and Research.

"These findings are likely an underestimate of the true toll," Goyal told CNN. "This (rate) did not include children who were shot but didn't die."

"We had a sufficient enough sample size to show that there were large differences, when we compared deaths of children due to police shootings between Black and White children and White to Hispanic children -- we were appropriately powered," she added. "We would have seen those same results over a larger time period."

During this same period, 6,512 adults were fatally shot by police, and Black and Hispanic adults had the highest mortality rates compared with White adults, according to Children's National.

"Our country is truly reckoning with the differential use of police force in communities of color," Goyal said. "These disparities extend to youth, and my hope is that this data is a call to action to start engaging in that hard work to truly understand the policies that exacerbate these disparities."

Goyal and her team spent more than seven months combing through the US Centers for Disease Control and Prevention's injury statistics to isolate the firearm-related deaths. They compared the data, from death certificates, using US Census Bureau information on racial and ethnic groups.

Their work adds to a growing body of data on the racial disparities Black children face compared with their peers.

Black and Hispanic children are more likely to be hospitalized after contracting the coronavirus than White children. They're also more likely to have higher case rates and virus-related complications.

And health disparities existed before the pandemic: Black newborn babies are three times more likely to die when looked after by White doctors, as opposed to Black ones, and Black children -- even when healthy -- are 3.5 times more likely to suffer serious complications, or die, after surgery.

Black children are also more likely to go missing compared to White children, despite representing a smaller portion of the US population.

In July, 8-year-old Nolan Davis, of Missouri, organized and led a "Children's Black Lives Matter March" that drew nearly 700 participants, including children. Hundreds of these children could be heard chanting, "We are the children, the mighty mighty children. Here to tell you, Black lives matter!"

Nolan wanted to make sure every voice was being heard, his mother told CNN.