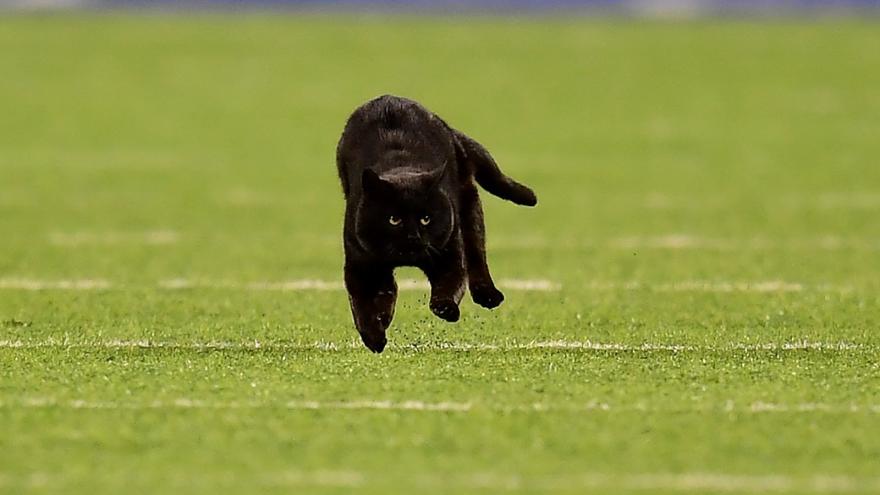 NEW JERSEY (CNN) -- A brave black cat took to the field during Monday's Cowboys-Giants NFL football game to show off his sprints, delaying the game as he scurried all over MetLife Stadium.

Players and coaches stood on the sidelines during the second quarter, watching as the fluffy feline showed them how it's really done.

Refusing to look foolish in front of a stadium of delighted fans, the cat zigzagged across the turf, avoiding capture.

Pursued by New Jersey state troopers, the feline darted toward the end zone. Westwood One Sports radio announcer Kevin Harlan kept going with his play-by-play commentary as the cat darted to-and-fro on the field.

"A state trooper has come on the field and the cat runs into the end zone. That is a touchdown!" Harlan yelled as the crowd in the stands roared with excitement.

After successfully evading the state trooper defensive line, the cat slipped into a tunnel and disappeared into the night. At the time, the Giants were winning 9-3.

It was quite an ominous appearance, especially for the Giants, who ended up losing 37-18. Perhaps they should have paid a little closer attention to the cat's slick evasion strategies.