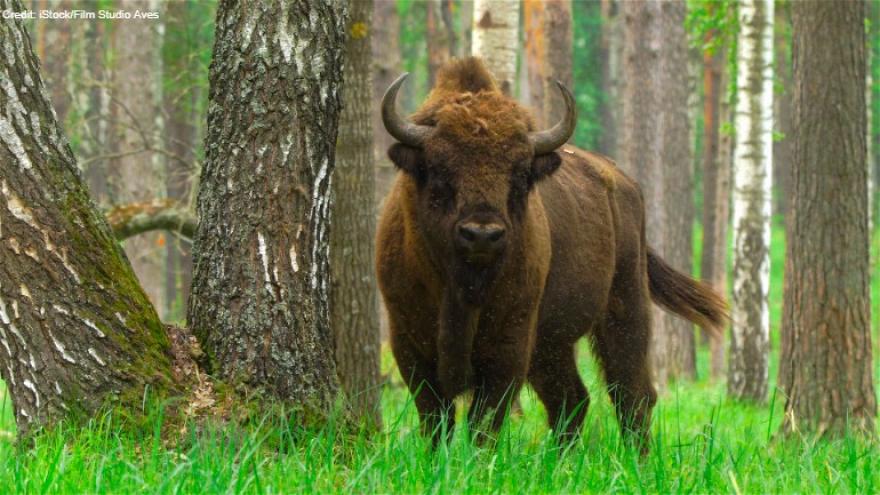 MILOVICE, Czech Republic (AP) — Wild horses, bison and other big-hoofed animals once roamed freely in much of Europe. Now they are transforming a former military base outside the Czech capital in an ambitious project to improve biodiversity. Where occupying Soviet troops once held exercises, massive bovines called tauros and other beasts now munch on the invasive plants that took over the base years ago. The animals are turning the former base into a miniature version of the steppe that once rolled across the European continent. The Czech project includes tauros that were transferred from the Netherlands, wild horses from Britain's Exmoor National Park and European bisons from several reserves in Poland.