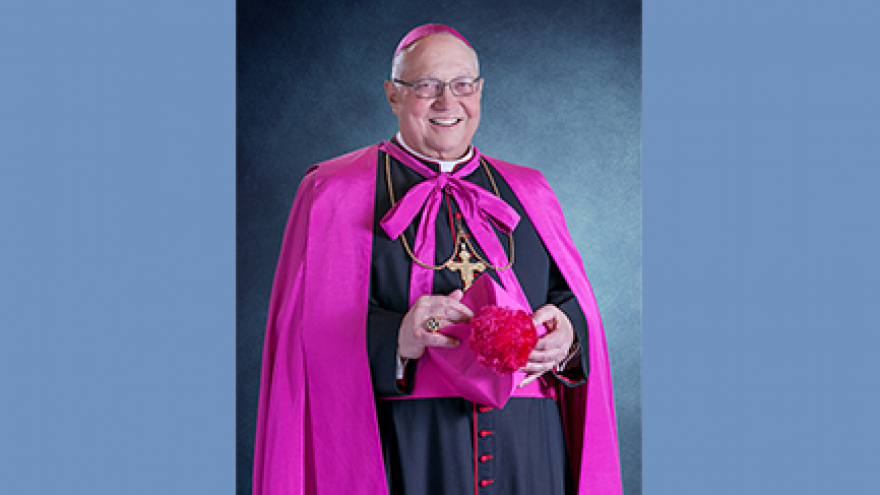 MADISON, WI. (AP) — Madison Bishop Robert C. Morlino, whose backing of conservative Catholic Church teachings often put him at odds with liberal members of his Wisconsin diocese, has died. He was 71.

Morlino was installed as the fourth bishop of Madison in August 2003. He gained a national reputation for his strong opposition to abortion and same-sex unions, the Wisconsin State Journal reported.

During Morlino's 15-year tenure as leader of a diocese covering 11 counties in southwestern Wisconsin, more young men studied to become priests and Latin Masses made a comeback in some areas. While traditionalists have praised the changes, some parishioners — particularly women and gays — have said they felt forced out by Morlino's words and actions, the newspaper said.

Catholics in the Madison diocese expressed varied feelings Sunday as they mourned Morlino.

John Wiesman, 57, a pianist and member of Saint John the Baptist Church in Waunakee, said he "totally respected what (Morlino) was trying to do."

But Wiesman said Morlino "certainly hit a couple of flashpoints," especially when the bishop decided not to align himself with religious leaders who condemned the 2011 Act 10 law that effectively ended collective bargaining for most public workers.

"That rubbed a lot of people badly," Wiesman said.

The Very Rev. Richard Heilman told parishioners Sunday at St. Mary of Pine Bluff Catholic Church in Cross Plains that Morlino accepted the challenge of leading a diocese in an area dominated by liberal politics.

A native of Scranton, Pennsylvania, Morlino became a priest in the Diocese of Kalamazoo, Michigan, in 1981. Pope John Paul II appointed him the Ninth Bishop of Helena, Montana, in 1999.