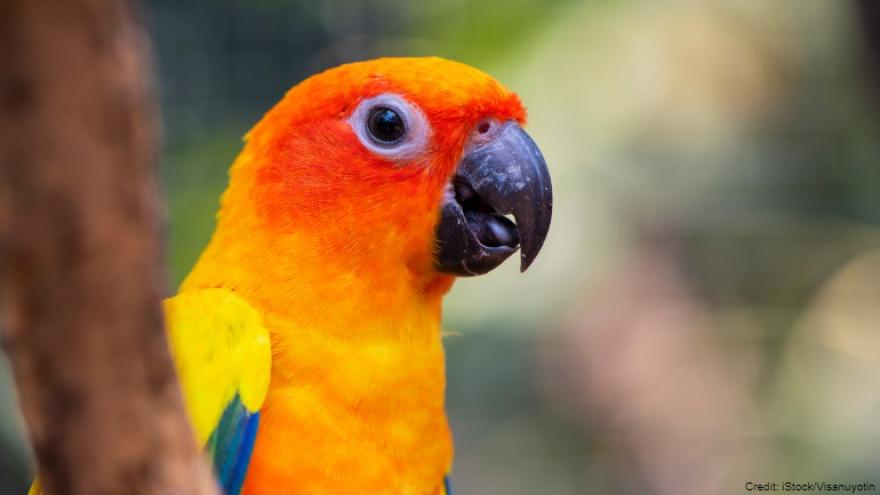 (CNN) -- Birds and reptiles may not resemble humans in many ways, but they cry similar tears.

The composition of human tears is well known, but until now, there was very little research into the composition and structures of tears in reptiles, birds and other mammals.

That lack of research could be considered a crying shame since understanding the makeup of various species' tears can give insight into better eye treatments for both people and animals, as well as improve our understanding of animals' evolutionary adaptations, according to a new study in Frontiers in Veterinary Science.

Researchers in Brazil collected samples of healthy animals' tears from seven species of birds and reptiles, including macaws, hawks, owls and parrots, as well as tortoises, caimans and sea turtles.

"It's important to understand healthy animals in order to treat sick animals, because species depend on their vision," said lead study author Arianne Oriá, a professor of clinical veterinary medicine at the Federal University of Bahia in Salvador, Brazil. "Animals are not able to live without vision in the wild. A sea turtle without vision will die."

Humans also need to have what researchers call a healthy "ocular surface" -- the outer layer of the eye, including the cornea, the tears and the edges of the eyelids. Otherwise they will have a lot of discomfort, redness and itching, or possibly even more severe vision problems.

The new study found both similarities and differences to human tears that could be key to veterinary treatments and eye disease. Although the tears of mammals like dogs and horses are more similar to humans, there are similar amounts of electrolyte fluid in the tears of birds, reptiles and humans (but birds and reptiles had slightly higher concentrations than humans).

The researchers also looked at the crystallization patterns that form when tears dry out, which can give insight into variations in tear types and even reveal certain types of eye disease.

"Although birds and reptiles have different structures that are responsible for tear production, some components of this fluid (electrolytes) are present at similar concentrations as what is found in humans," added Oriá in a press release. "But the crystal structures are organized in different ways so that they guarantee the eyes´ health and an equilibrium with the various environments."

Tear research also gives scientists important insight into the health of animal habitats and pollution levels. That's because animals with similar habitats have similar tears, and the surrounding environment has a huge impact on tear composition, Oriá told CNN.

Because healthy organisms have the ideal tear film for their own habitats, any changes to the environment can throw things out of whack and have a big impact on eye health.

"If we modify our habitat with pollution or something else, we will create an unhealthy habitat for our tear film," Oriá said. "So animals, as well as humans, will have to have many many years to re-adapt to the habitat."

She added that in many parts of the world, habitats are being polluted and destroyed faster than animals -- and people -- can adapt.

Oriá said more research is needed to expand the understanding of more species' tears and to translate those findings into treatments for eye problems in both animals and people.

"This knowledge helps in the understanding of the evolution and adaption of these species, as well as in their conservation," Oriá said.