Bipartisan push for dental therapists in Wisconsin has foes 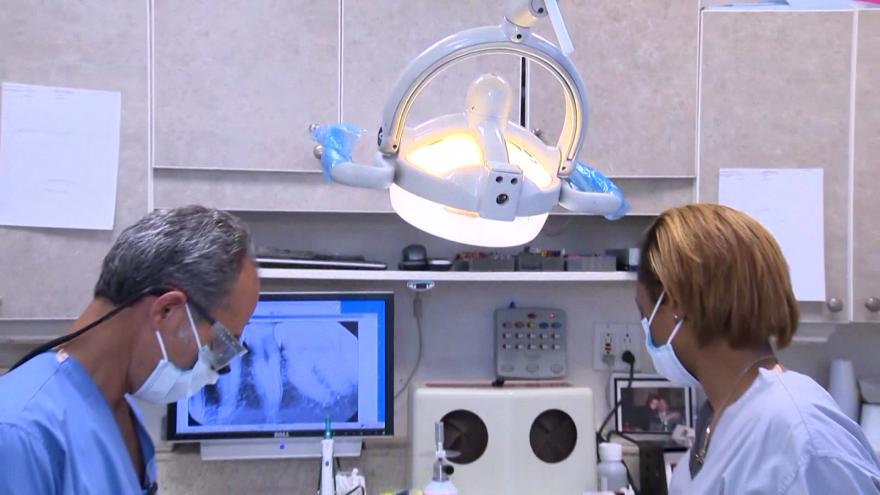 MADISON, Wis. (AP) — A bipartisan push for the Wisconsin Legislature to create a dental therapist license as part of an effort to provide basic services in mostly rural areas is meeting with stiff opposition from dentists.

A coalition of more than 50 groups is urging the Legislature to join with other states and countries facing similar shortages by passing a bill licensing dental therapists. They would be a step below a dentist, akin to a physician's assistant, and could perform basic procedures such as filling cavities and pulling teeth.

The bipartisan measure, sponsored by Republican Rep. Mary Felzkowski, was introduced in March and is scheduled for a public hearing Wednesday before the Senate's health committee. The bill has 35 co-sponsors, which is more than a quarter of the Legislature.

Democratic Gov. Tony Evers also supports the bill. Evers offered his own dental therapist proposal as part of a broader plan to address dental care issues in the state budget. Republicans who control the Legislature killed it.

The latest idea being pushed primarily by Republicans faces opposition from the Wisconsin Dental Association and Marquette University, which houses the state's only dental school. For years, dentists in Wisconsin and across the country have been fighting efforts to allow dental therapists to practice.

Matt Rossetto, a lobbyist for the Wisconsin Dental Association, said Tuesday that the bill wouldn't solve the problem it intends to address because it doesn't include requirements for dental therapists to practice in underserved areas or see Medicaid patients.

Wisconsin's problem isn't the number of dentists, but that not enough of them live in underserved areas, he said.

The better approach would be to provide incentives to get dentists to work in those areas, he said. That's why the Wisconsin Dental Association supports another bill that would create a scholarship program for five dental students a year who would be obligated to practice in rural areas.

Felzkowski, the bill's main sponsor, said she's willing to work with the Dental Association to make changes to the proposal to address their concerns but they are unwilling.

"They tell me they are here to kill it," she said.

The dental association reported spending 287 hours lobbying against the dental therapist bill this year, compared with 357 hours spent by bill supporters trying to get it passed.

Republican legislative leaders did not immediately reply to messages Tuesday asking if they support the measure. Felzkowski said she has no assurances from Assembly leadership that the bill will be brought up for a vote, but she remained optimistic about its chances.

Dental therapists currently practice in only four states: on certain reservations and schools in Oregon through a pilot program; on reservations in Washington and Alaska; and for over 10 years in Minnesota, where they must work under the supervision of a dentist.

But the idea is spreading. In the past year, nine states have passed bills to license dental therapists.

In Wisconsin, state law allows for the licensing of dentists and dental hygienists only. The new proposed tier of dental therapists would have to pass programs that meet national standards, but that would be less costly or take as long as dental school.

License holders would also have to be supervised by a dentist, but the dentist would not be required to be physically present. The theory is that would allow the dental therapists to work in more far-flung areas where there are no dentists.

According to the U.S. Department of Health and Human Services, 1.2 million people in Wisconsin are in areas, mostly rural, with not enough dentists. That is 64 out of 72 counties.