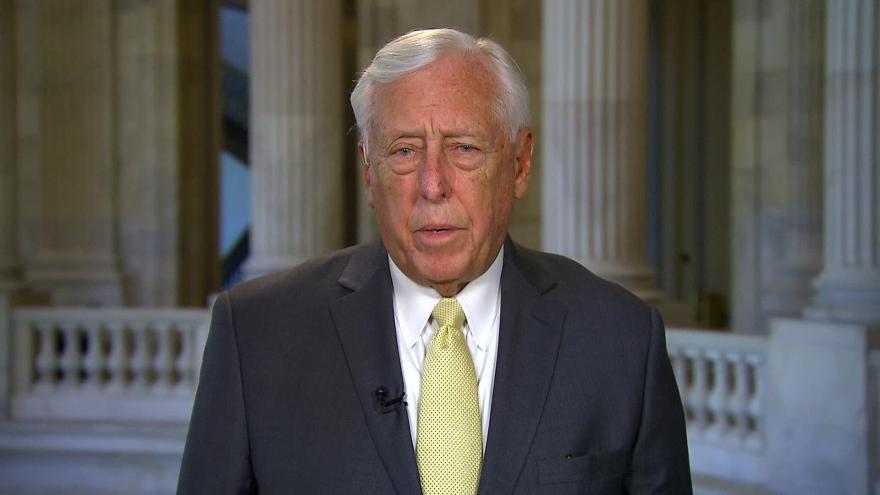 House Majority Leader Steny Hoyer signaled he'd be willing to accept a deal that doesn't include the state and local aid that Democrats have been pushing for in order "to get the essential done."

(CNN) -- The bipartisan group of House and Senate negotiators that has struggled to finalize a $908 billion Covid relief package has made a decision: The lawmakers plan to split the package into two separate proposals. One bill will be a $748 billion proposal, which includes money for small business loans, jobless benefits and vaccine distribution -- among other matters.

The other: A package that includes $160 billion for state and local aid that includes liability protections for businesses and other entities -- the two biggest sticking points.

It's uncertain how many senators and House members from the group will sign onto the second proposal, but the expectation is the first proposal will have wide support.

Six senators were holding calls Sunday afternoon to try to reach an accord on the issue after struggling for weeks. But ultimately, it will be up to the leadership to decide what to include in the spending bill that has to pass by Friday to keep the government open.

"We're going to introduce a bill tomorrow night," Louisiana Republican Sen. Bill Cassidy told CNN's Jake Tapper on "State of the Union." "The leadership can discard it, I can't govern that."

House Speaker Nancy Pelosi and Treasury Secretary Steven Mnuchin spoke for a half hour Sunday afternoon while Pelosi continued to press for state and local aid and asked for changes to how the liability protections have been proposed by Republicans, according to a series of tweets from Pelosi's spokesman Drew Hammill.

"The Speaker believes, at a time when the virus is surging, that the need for state and local funding is even more important, especially given the states' responsibility for distributing and administering the vaccine," Hammill said in the tweets. "Health care workers and first responders are risking their lives to save lives and at the same time, are at the risk of losing their jobs without state and local support."

CNN has reached out to the Treasury Department for a call readout from their side.

Earlier Sunday, House Majority Leader Steny Hoyer, who said he spent the weekend in talks with House and Senate members on a relief package, signaled he'd be willing to accept a deal that doesn't include the state and local aid that Democrats have been pushing for in order "to get the essential done."

"(House Speaker Nancy Pelosi) and I spent a lot of time on the phone together. And I am very hopeful that next week, we will be able to act on substantial relief," Hoyer told CNN's Abby Phillip on "Inside Politics."

Democrats, he added, "are not going to get everything we want. We think state and local (aid) is important. And if we can get that we want to get it. But we want to get aid out to the people who are really, really struggling and are at grave risk."

"We need to get the essential done," Hoyer later told Phillip. "We'll have time to get stuff done that we didn't include because we couldn't get political agreement, we'll have time to do that." The leader said that it was critical the bill include money for small businesses, vaccine delivery, unemployment and child care, "all of which are in the agreement" that has been created by the bipartisan group of lawmakers.

But despite the optimism, relief talks have been going slow and Hill leaders are still far apart, sources in both parties told CNN Sunday morning, and Democrats have not yet dropped their demands for state and local aid, which Republicans have resisted.

Pelosi has insisted the House could extend its session into Christmas week if necessary.

Democratic Sen. Joe Manchin of West Virginia told Fox News that negotiations "haven't fallen apart," despite concerns on Friday that the group was struggling to finalize an agreement.

And Senate Minority Leader Chuck Schumer said at a news conference Sunday that "the good news on the negotiations is that the Gang of Eight is working hard and they hope to have something as early as tomorrow morning. It's not everything we all want, but it's a good framework and I hope everyone can come together around the Gang of Eight."