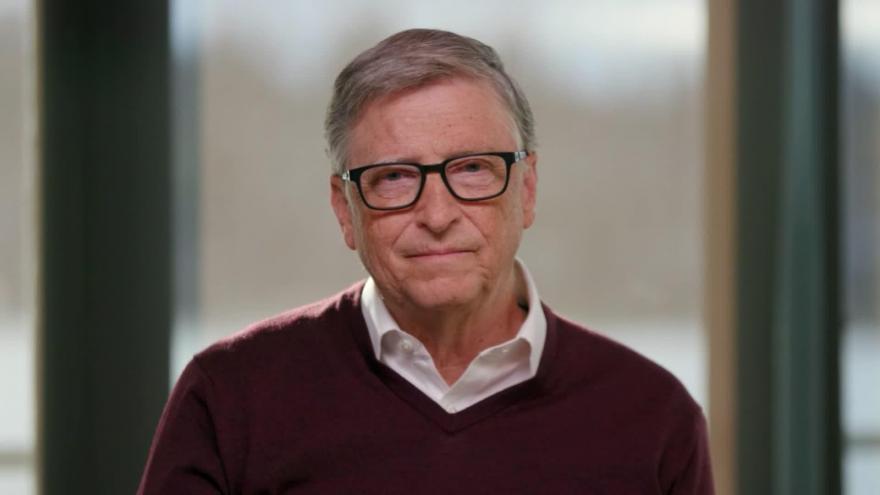 Microsoft co-founder Bill Gates, whose foundation has been part of the effort to develop and deliver Covid-19 vaccines, said Sunday that the presidential transition is "complicating" efforts to distribute one, but that he's spoken with President-elect Joe Biden to ensure the US doesn't "blow it" again.

(CNN) -- Microsoft co-founder Bill Gates, whose foundation has been part of the effort to develop and deliver Covid-19 vaccines, said Sunday that the presidential transition is "complicating" efforts to distribute one, but that he's spoken with President-elect Joe Biden to ensure the US doesn't "blow it" again.

"The transition is complicating, but the new administration is willing to rely on actual experts and not attack those experts," Gates, the co-chair of the Bill and Melinda Gates Foundation, told CNN's Jake Tapper in an interview that aired Sunday on "State of the Union."

President Donald Trump has refused to concede the 2020 election to Biden and has not coordinated with the President-elect on the Covid-19 vaccine candidates and the massively complex distribution operation. Biden has said that the Trump administration had shared information -- but not a "detailed plan" -- with his transition team about the nationwide distribution of a vaccine.

In his interview with Tapper, Gates praised Biden's incoming administration for "laying out clear plans" to slow the spread of Covid-19, adding that "I think we'll get through this in a positive way."

"You know I'm pleased with the people and the priority that President-elect Biden and his team are bringing to bear on this problem," he said.

The Gates Foundation on Thursday said it plans to commit an additional $250 million to support the "research, development and equitable delivery" of tools to fight Covid-19, including tests, treatments and vaccines. The announcement brings the group's total commitments to the global Covid-19 response to $1.75 billion.

"I do think the US will not be one of the worst performers, as the (Biden) team comes into office," he added.

The United States is the nation with the most cases and deaths from Covid-19. As of Sunday morning, the US had reported more than 16 million Covid-19 cases and nearly 300,000 deaths since the start of the pandemic, according to data from Johns Hopkins University.

Gates noted in his interview that the US "would've been expected to be the best" when it came to the pandemic given its federal health agencies and various technologies, but "sadly ... we didn't get on top of it like many countries did," adding that future post-mortems on the crisis "will guide us."

Biden has laid out a three-point plan to combat the coronavirus pandemic, including aiming to distribute 100 million vaccine shots in his initial 100 days in office. Biden also told Tapper in an interview earlier this month, that he will ask Americans to wear masks for the first 100 days after he takes office.

During his interview with Tapper, Gates confirmed that he has spoke with Biden about the pandemic.

The price to pay each year "to avoid, you know, a trillions of dollars disaster -- I think that roadmap's clear, and I talked with the President-elect about that. And you know, I think our foundation will be part of that dialogue to make sure we don't blow it again," Gates said.

The US is close to a vaccine as the Food and Drug Administration on Friday issued an emergency use authorizaton for Pfizer and BioNTech's vaccine. And the US Centers for Disease Control and Prevention's Advisory Committee on Immunization Practices voted on Saturday to recommend the Pfizer vaccine for people ages 16 and older, moving the US another step closer to being able to inoculate millions of its citizens.

Gates told Tapper that distribution "should be based on medical need, not wealth at all."

"After all, this epidemic has been awful in the way that it's exacerbated inequities," he said.

Gates also said he is "super happy with all of these vaccines" and that when it's his turn for vaccination, "I will visibly take the vaccine. Because I think that it's a benefit to all people to not be transmitting."