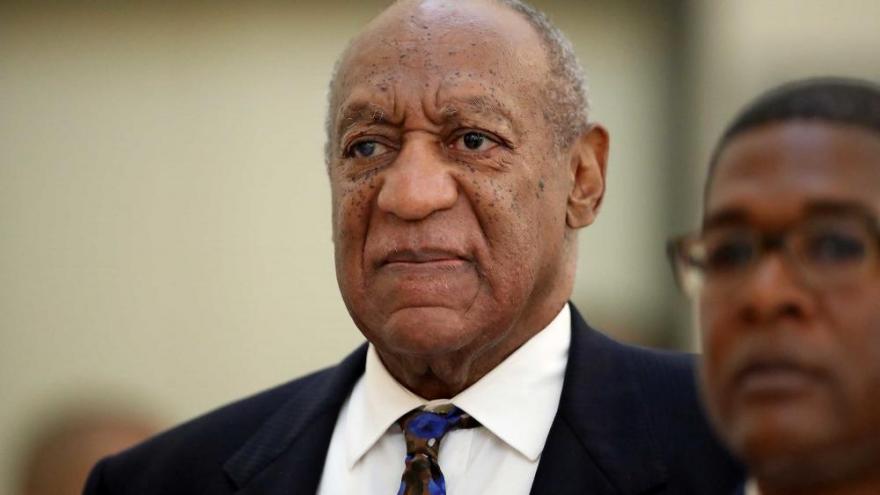 Cosby, the 82-year-old actor and comedian, is less than two years into a 3-to-10-year sentence at a prison outside Philadelphia for drugging and sexually assaulting a former Temple University employee at his home in 2004.

Tuesday's ruling grants Cosby the ability to appeal two issues in the case. One issue focuses on the "prior bad act" witnesses who testified about alleged assaults that were not part of the charges, and the second focuses on the prior district attorney's decision not to charge Cosby a decade ago.

At his criminal trial, Montgomery County Judge Steven O'Neill allowed five other women, including supermodel Janice Dickinson, to testify that Cosby had incapacitated and assaulted them in other incidents. Prosecutors said these "prior bad act" witnesses showed Cosby had a pattern in his assaults.

Cosby's legal team has argued that their testimony was dated and dissimilar from the criminal accusations and should not have been allowed in court.

In addition, the trial featured Cosby's deposition in his civil case in which he admitted that he procured Quaaludes for women he wanted to have sex with.

Cosby's attorneys have argued that he only answered deposition questions because Bruce Castor, the district attorney at the time, promised to never bring a criminal case based on the allegations.

The criminal case centered on a former Temple University employee, Andrea Constand, who told police about the assault in 2005. Prosecutors initially declined to press charges, and Constand and Cosby settled the case in civil court a year later.

But a decade later, dozens of women came forward to say Cosby similarly drugged and sexually assaulted them over his years as a powerful media figure. Constand's was the only one of those allegations that occurred within the statute of limitations.

A new team of prosecutors took up the case and, relying on Constand's and Cosby's statements in the civil deposition, arrested him in December 2015.

A first criminal trial against Cosby ended in a hung jury. But in April 2018, Cosby was convicted of three counts of aggravated indecent assault for drugging and assaulting Constand in the first high-profile celebrity criminal trial of the #MeToo era.

In December, the Superior Court of Pennsylvania upheld the convictions and rejected his argument that the case was wrongly decided against him.

Cosby spokesman Andrew Wyatt said they were "extremely thankful" to the court for agreeing to review the appeal and linked Cosby's plight to the ongoing protests against systemic racism in the justice system.

"America and the world is witnessing the 23rd day of protests regarding the abuse and murder of Black people, not just at the hands of corrupt police officers; but these extremely vital and important protests are exposing the corruption that lies within the criminal justice system (District Attorneys & Judges)," he said in a statement.

"As we have all stated, the false conviction of Bill Cosby is so much bigger than him — it's about the destruction of ALL Black people and people of color in America."

In a statement, Constand asked the court to consider the perspectives of the women who "selflessly put themselves in harm's way" and spoke up against him.

"I have no doubt that the Supreme Court of PA will do the right thing and not allow Cosby's wealth, fame and fortune to win an escape from his maleficent, malignant and downright criminal past and seek justice at all costs."

In an interview from prison last November, he said he doesn't expect to show remorse at a parole hearing.

"When I come up for parole, they're not going to hear me say that I have remorse," he said, according to National Newspaper Publishers Association's BlackPressUSA.com. "I was there. I don't care what group of people come along and talk about this when they weren't there. They don't know."