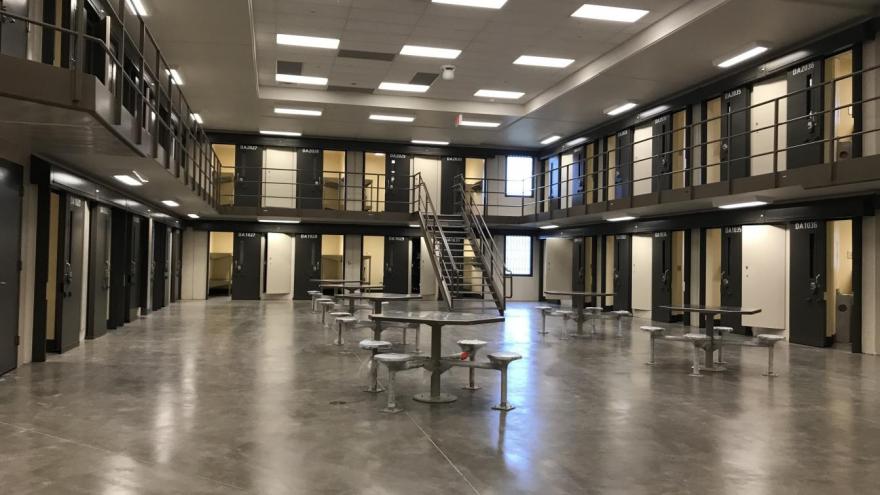 A typical general population unit at SCI Phoenix is shown in this photo provided by prison officials.

(CNN) -- Bill Cosby entered the general population last month at the Pennsylvania prison where he's serving at least three years and is being "treated just the same as any other inmate," a state corrections spokeswoman said.

Cosby, 81, was moved January 28 and is now in a single cell without a cell mate, which is typical for the facility, said Amy Worden, press secretary for the Pennsylvania Department of Corrections.

Cosby's unit houses inmates of varying ages and it is not a geriatric unit. Worden would not say specifically where in the prison he is being held.

Cosby previously was held in a single cell in a unit adjacent to the infirmary. While there, he could not move as freely around the prison as other inmates.

The comedian once known as "America's Dad" was found guilty last year of aggravated indecent assault for drugging and sexually assaulting Andrea Constand in 2004 at his home near Philadelphia. Cosby was sentenced in September to 3 to 10 years behind bars. At the State Correctional Institute at Phoenix, he is listed as Inmate No. NN7687.

Cosby's spokesman said he spent time with Cosby last week and claimed that the comedian is not in general population.

"He made it clear that he's not in general population but has contact with a trustee that guides him around," Andrew Wyatt said Thursday.

"High profile inmates" are typically kept apart from the general population until the prison superintendent decides to integrate them, Worden said, noting that integration is a goal.

Worden said she didn't know the particulars of the recent decision to integrate Cosby.

The general population cells where Cosby is being held are arrayed in two stories around a central "day room," where inmates can talk, watch TV or play cards, Worden said.

Cosby, who has vision problems and was escorted into and out of court during his trial, has assistants to help him as needed, she said.

Like all other general population inmates, Cosby must be accounted for in his cell seven times a day.

The prison in Collegeville is about 30 miles northwest of Philadelphia and not far from the Montgomery County courthouse where Cosby stood trial. The SCI Phoenix facility had an inmate population of 2,403 people as of the end of December.