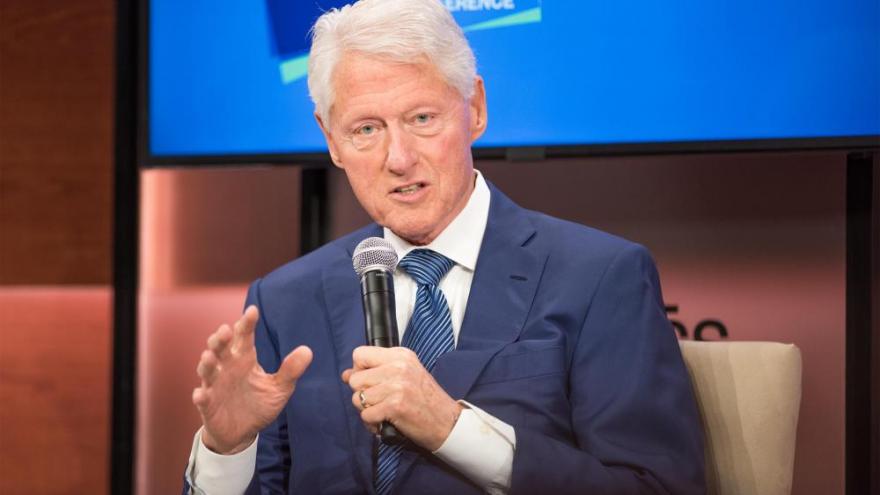 Former President Bill Clinton, pictured here, on Sept. 25, 2019, in New York. is teaching a MasterClass on "inclusive leadership," drawing on his long career in politics and eight years in the White House.

(CNN) -- Former President Bill Clinton is teaching a MasterClass on "inclusive leadership," drawing on his long career in politics and eight years in the White House to teach participants how to negotiate, mediate and work with people they don't agree with.

"This class is unlike anything I've ever done. I'll be teaching skills I developed and used in very challenging leadership positions," the 42nd President says in a trailer of the class, adding, "You'll learn how to work with people you don't agree with, may not even like, and how to mediate conflicts."

In the MasterClass, which launched Thursday, Clinton, who was president from 1993 to 2001, also teaches how to navigate "tough decisions in uncertain situations," assemble and lead teams, and about emotional intelligence.

"This is a particularly disorienting time for billions of people in the world. You got major uncertainties about what's going to happen in the years ahead. At a time like that, you really need good leadership skills. And you need people whose goal it is to pull people together, not drive them apart," he says in the trailer.

The online course also includes a "behind-the-scenes story" from Clinton about how he helped free American journalists Laura Ling and Euna Lee from North Korea in 2009, that shows "how the nuances of a situation can both dictate a particular approach and shape the outcome."

In one of the lessons, Clinton advises to "take criticism seriously but not personally."

"I believe if somebody goes after you personally, as if there's something inferior or wrong about you, so worthy of their criticism, my advice on that is bag it," he says.

Clinton's MasterClass is made up of 14 video lessons totaling two hours and 32 minutes. The class is part of the "MasterClass Presents the White House" series, which included a lesson from former first lady and US Sen. Hillary Clinton. In her class on "The Power of Resilience," Hillary Clinton shared what would have been her 2016 presidential victory speech.

Former President George Bush and Laura Bush also have planned MasterClass classes in which they "share lessons in principled decision making from their years in public service," according to a press release.