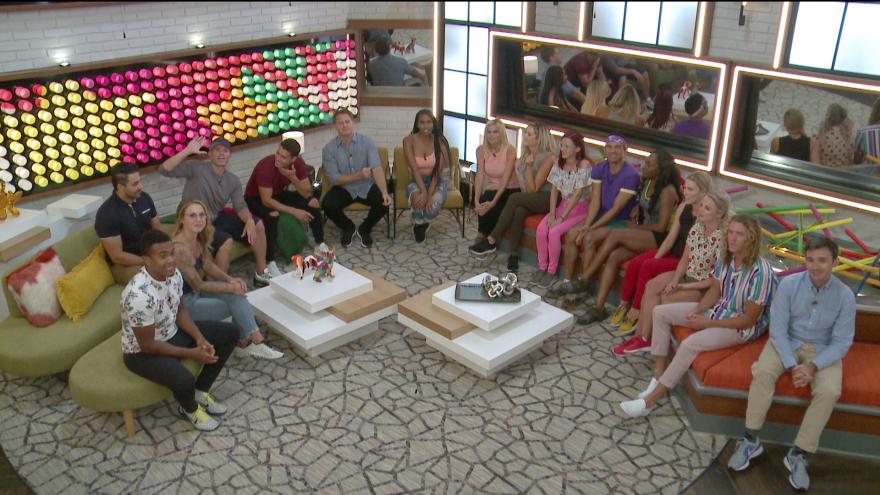 (CNN) -- "Big Brother" was back Wednesday with a live two-hour Season 22 premiere that revealed just who the new houseguests would be.

The show, delayed more than a month due to the coronavirus pandemic and took precautions in order to film, like the cast members being quarantined for two weeks prior to move-in day.

The show aired the live move-in of the 16 returning all-stars from previous seasons, with host Julie Chen Moonves greeting them in small groups of four and staying 12 feet apart. The cast also wore masks.

"All of this season's houseguests have been individually quarantined for the past two weeks," Chen Moonves said during the episdoe. "You've all been tested multiple times for Covid-19, as have I, and you are all clear to play this game."

Once inside the house, the cast removed their masks and started the first competition, solving a puzzle to move ahead. Abbott wins this one and advances to the next competition.

In a game called "Star Steppin," the contestants race across a star-studded field in which some stars are not stable. If you don't remember which ones are flimsy, you must start again.

No one is evicted in "Big Brother" night one. On Sunday, Calafiore gets to nominate two fellow houseguests for eviction.