Biden's DOJ must confront what to do with outstanding cases in which it is defending Trump. The first test could come Friday. 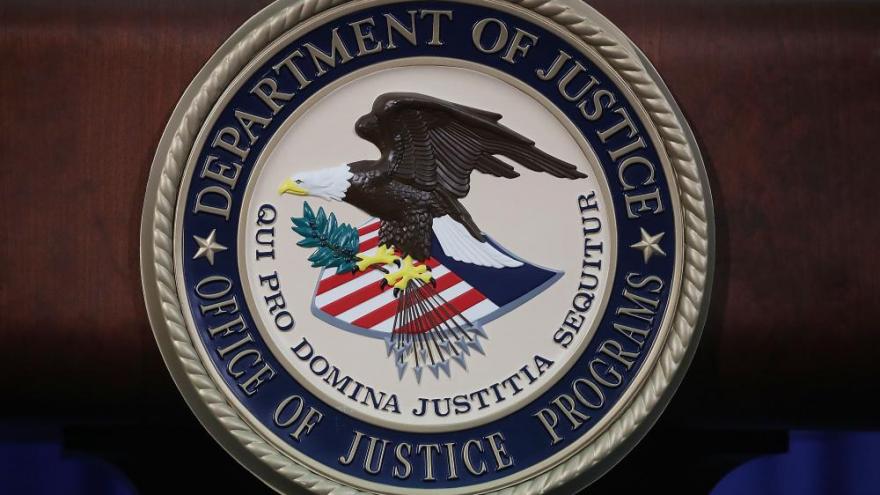 The Justice Department seal is seen on the lectern during a Hate Crimes Subcommittee summit on June 29, 2017 in Washington, D.C.

(CNN) -- As the Biden administration begins to take shape, one key question President Joe Biden's Justice Department must confront is whether to continue defending Donald Trump, who relied on Department of Justice lawyers to fight some of his personal battles.

Friday may be the first test of how the Justice Department will handle some of these issues. Lawyers will be in court in Washington, DC, for a case involving the House Ways & Means Committee's attempt to obtain Trump's tax returns from federal agencies that have them. Trump broke with the tradition of a president voluntarily disclosing his tax returns.

At stake is whether the Biden administration will back out of legal proceedings making their way through the courts in which Justice Department lawyers under the former President tried to protect Trump and others.

The Senate has not yet set a hearing date for Biden's nominee for US Attorney General, Judge Merrick Garland, so it's not clear how quickly decisions on these cases will be made.

The Justice Department serves as the lawyer for government agencies and Office of the President in civil litigation, such as defending executive orders, policies, and fights over executive privilege.

During his four years as president, Trump's Justice Department was called on to intervene in cases that affected him personally.

Last fall the Department of Justice moved to substitute itself for Trump in a defamation lawsuit brought by E. Jean Carroll, who accused the former President of raping her in the mid-1990s.

A federal judge ruled against the Justice Department, but in the waning days of Trump's presidency, the department appealed the decision.

Trump also relied on department lawyers to serve his interests, whether it was to block the release of his tax returns or to sue over a tell-all book published by Melania Trump's former friend, Stephanie Winston Wolkoff.

In the case involving Trump's tax returns that will be in court Friday, the Treasury Department, formerly led by Steven Mnuchin, denied the request in 2019, prompting the Democrat-led House committee to sue.

The Justice Department represented the Treasury Department in the case, as is normal, but now it's unclear whether Biden's Treasury and Justice departments will continue to block the request.

The Justice Department declined to comment for this story.

The case has been slow moving. Judge Trevor McFadden of the DC District Court has taken cues from other separation of powers fights in which the House and Trump -- or the Justice Department on his behalf -- have gone to court in a standoff.

The parameters of executive privilege are ones every administration and Justice Department grapple with. The difference with the Trump administration was how aggressively it fought with Congress on every request it made.

McFadden essentially kept the tax return case at bay while appeals courts worked out a related question, whether the House could force former Trump White House counsel Don McGahn to testify about Trump's attempts to obstruct the Russia investigation.

As of now, McGahn has not testified, and the Internal Revenue Service has not handed over the tax returns.

During the latter half of Trump's term in office, the McGahn case became the major test for how far the federal courts would go in responding to House subpoena enforcement requests that had been blocked by a recalcitrant executive branch or Trump himself. The McGahn case is set for arguments at the DC Circuit Court of Appeals in late February.

In a court filing this week, private attorneys for Trump identified a potential change in policy under Biden as a possible outcome, and asked McFadden for a hearing. Their concern is that the Biden administration may not oppose the request for Trump's tax returns and quietly release them to the House committee.

According to Trump's lawyer, the House Committee indicated that it is "not in a position at this time to speak for the incoming administration regarding release of President Trump's tax-return information to the Committee."

The House committees that have filed subpoenas involving Trump's tax returns and financial documents have said they plan to renew those subpoenas in the new Congress this year, although they have yet to formally do so because the congressional committees have not yet organized.

House aides say that conversations with the Biden Justice Department about how to settle the congressional cases are likely to wait until after top Biden officials like Garland have been confirmed.