Bidens add to their family with new first puppy 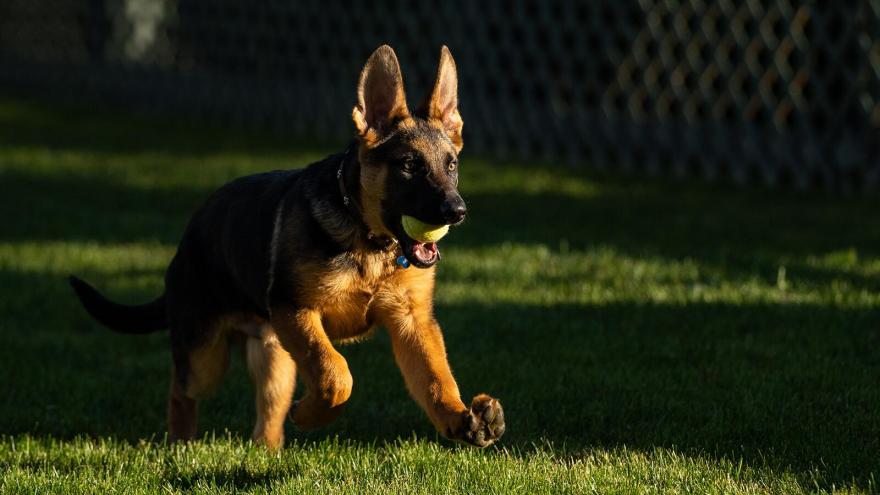 A new puppy, a pure-bred German Shepherd, was spotted Monday playing on the South Lawn of the White House.

Michael LaRosa, Jill Biden's press secretary, confirmed the news of a new family puppy. "Yes. There is (a puppy)," LaRosa said. The puppy is named "Commander" and was a birthday gift to the President from his brother James Biden and sister-in-law Sara Biden, LaRosa told CNN. Biden celebrated his 79th birthday on November 20.

Commander was born on September 1 and arrived to the White House Monday afternoon.

The Bidens' beloved German Shepherd, Champ, died in June at the age of 13. Their other German Shepherd, a rescue named Major, has been living mostly in Wilmington, Delaware, after a handful of aggressive incidents involving staff at the White House.

LaRosa told CNN that Major will continue to live away from the White House.

"After consulting with dog trainers, animal behaviorists, and veterinarians, the first family has decided to follow the experts' collective recommendation that it would be safest for Major to live in a quieter environment with family friends," LaRosa said, noting the decision to move Major was not a reaction to a specific incident, but comes on the heels of "several months of deliberation" by the Biden family and "discussions with experts."

In March, Major bit two people -- one a member of the Secret Service, another a National Park Service worker.

The Bidens have also promised they will add a cat to the White House menagerie.

LaRosa told CNN the cat, a female, will join the Biden family in January.

In April, the first lady said in an interview the cat was "waiting in the wings." The cat has been fostered by acquaintances for the last several months.