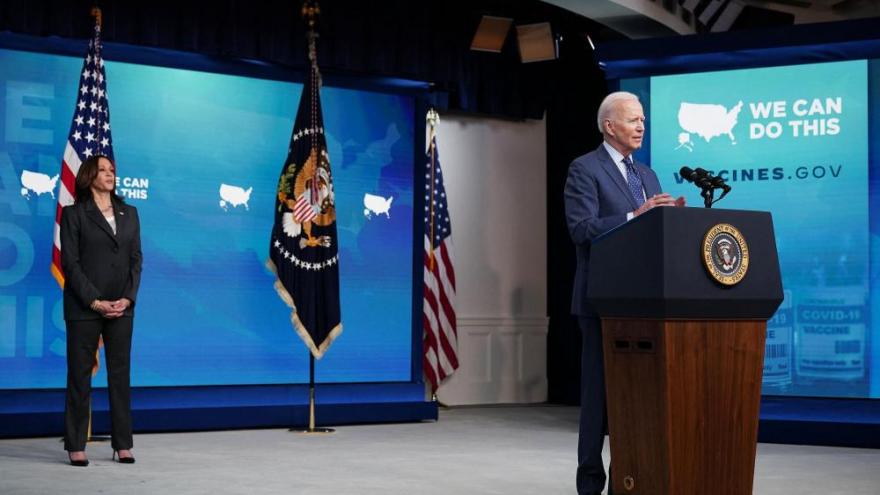 White House press secretary Jen Psaki says President Joe Biden, pictured here on June 2 in Washington, DC has no plans to create a presidential commission to investigate the January 6 attack on the Capitol.

(CNN) -- President Joe Biden has no plans to create a presidential commission to investigate the January 6 attack on the Capitol, White House press secretary Jen Psaki said in a statement Thursday.

"As the President has said, the events of January 6th were an unprecedented assault on our democracy -- and he believes they deserve a full, and independent, investigation to determine what transpired and ensure it can never happen again," Psaki said in a statement to CNN.

"Congress was attacked on that day, and President Biden firmly agrees with Speaker Pelosi that Congress itself has a unique role and ability to carry out that investigation. Because of that, the President doesn't plan to appoint his own commission."

Instead, Pelosi is prepared to initiate a House-led investigation. Pelosi outlined possible options for an investigation into the insurrection on a recent call with members of the House Democratic Caucus, according to multiple sources on the line.

The House speaker initially proposed creating a bipartisan, independent commission, but GOP leaders came out against the idea.

Senate Minority Leader Mitch McConnell has made it clear Republicans have moved on from the idea of an independent bipartisan commission, recently saying, "I think we will know everything we need to know -- we were all witnesses. We were right there when it happened and I simply think the commission is not necessary."

Biden has made clear his desire for a commission, according to sources familiar with his thinking, but has agreed it should not come from the executive branch.

The decision from Biden follows a pattern of declining to insert himself -- or get sucked into -- any activities involving former President Donald Trump. With the exception of reversing many of Trump's policies, Biden has steered clear of getting drawn into the former President's orbit.

A White House official told CNN that a presidential commission was never really under consideration.

House Democratic Caucus Chair Hakeem Jeffries of New York had also previously suggested that the executive branch potentially appoint a special counsel to investigate the events of January 6. However, there has been no indication that the Justice Department would take up the matter in that way.

Prosecutors have said the insurrection caused nearly $1.5 million in damages, and so far, hundreds have been charged.

Two Senate committees are expected to release a series of recommendations in a report about what went wrong on January 6. But the report will stop short of examining former President Donald Trump's role in potentially inciting the insurrectionists' actions. However, despite the report, Democrats have argued that a 9/11-style commission is still necessary.

The Senate voted last week 54 to 35 on a procedural motion on legislation that would have created the commission, falling short of the 60 votes need to advance the bill. Six Republicans voted in favor, and a seventh who missed the vote said he would have joined them.