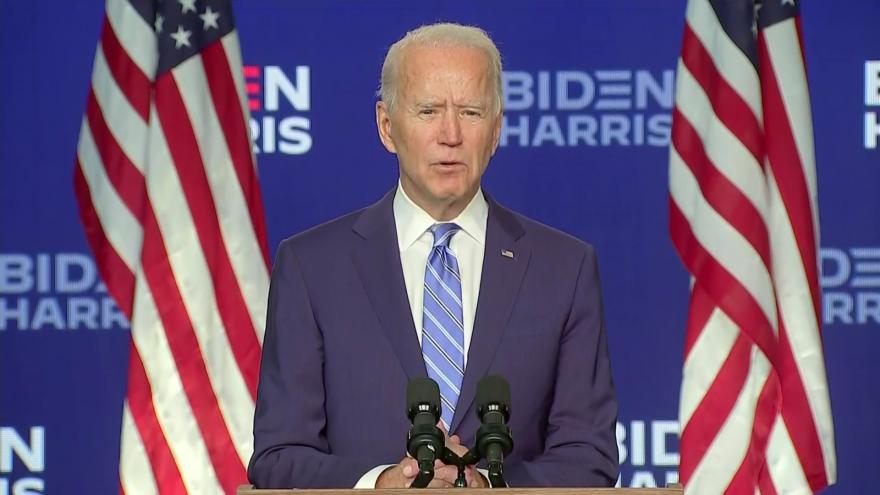 Biden vanquished his Republican foe after a campaign as bitter and divisive as Trump's own presidential term.

A win in Pennsylvania sealed his victory after more than three tension-filled days of counting votes.

Record numbers of Americans voted early and by mail, many out of concern about going to polling places during the coronavirus pandemic.

America, I’m honored that you have chosen me to lead our great country.

The work ahead of us will be hard, but I promise you this: I will be a President for all Americans — whether you voted for me or not.

I will keep the faith that you have placed in me. pic.twitter.com/moA9qhmjn8

We did it, @JoeBiden. pic.twitter.com/oCgeylsjB4

“The American people chose hope. They chose dignity and opportunity for all. They chose to build back better. And after four years of hate and division, they chose unity. Now it’s time for our nation to come together. President-elect Joe Biden and Vice President-elect Kamala Harris are ready to go to work for American families. They will not just be president and vice president for Democrats, but for all Americans. Joe Biden and Kamala Harris will begin to heal our nation’s wounds, rebuild our economy, and put Americans back to work.

“This is a historic victory. Joe Biden and Kamala Harris won more votes than any other ticket in American history. We rebuilt the blue wall in the Midwest and flipped formerly red states like Georgia and Arizona. And Kamala Harris made history as the first woman and first person of color to be elected vice president of the United States. We’ll tell our grandchildren about this moment. We’ll tell them how Kamala Harris broke down barriers and showed future generations, especially young women of color, that there is no height to which they cannot aspire. We’ll tell them how millions of Americans organized and mobilized to lift Joe and Kamala to victory.

“This success didn’t happen overnight. It was the result of four years of hard work by countless grassroots activists across the country who marched, organized, and voted for the brighter future they deserve, who turned their anguish into action and made their voices heard. The DNC was proud to support their efforts by building the strongest infrastructure for a party nominee in our history. From the moment I took over the DNC in 2017, we began laying the groundwork to take back the White House and support Democrats at every level of the ballot. We engaged the grassroots and shattered fundraising records; we invested early and organized everywhere; we marched, and we tried to give a voice to the voiceless; we worked hand in hand with state parties and took no voter for granted; we championed diverse candidates and brought barriers of color, creed, sexual orientation, gender, and gender identity crashing down. And our work paid off in spades. Over four years, we took back the House, the White House, and governorships across the country. We won hundreds of seats down the ballot and we will compete in two runoff elections that will determine the balance of the Senate.

“So today, we celebrate. We celebrate not just the end of an incompetent and compassionless presidency, but the beginning of a better one – a presidency grounded in the values of inclusion and opportunity for all. A presidency that believes health care is a right, diversity is a strength, and our economy should work for everyone.

“To the families of those who’ve lost loved ones to COVID-19, and to all our Americans yearning for change, our message is simple: You will finally get the leadership you deserve. The era of cruelty, chaos, and corruption is over. It’s time to build back better.”