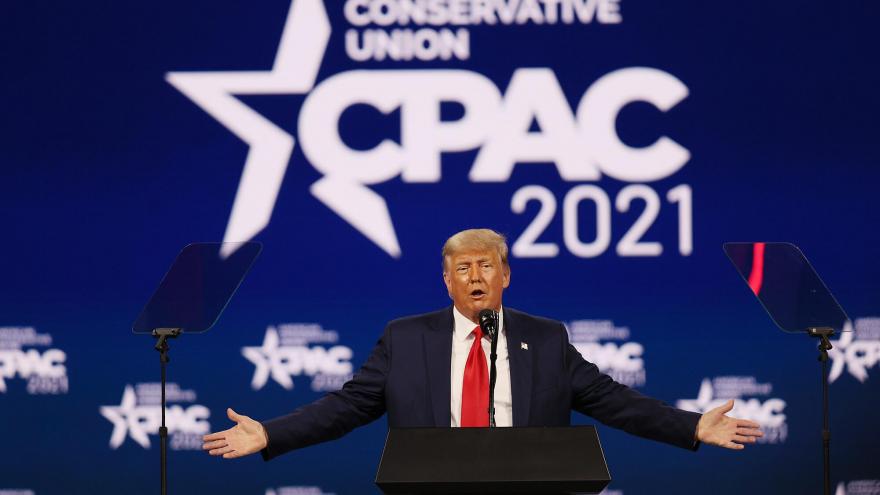 (CNN) -- The White House said it would welcome former President Donald Trump's help in promoting the coronavirus vaccine to his supporters but says there are other ways to convince conservatives to get the shot.

The topic of how to sway White Republicans -- who polls have shown are more likely to be hesitant to receive the vaccine -- has been the subject of discussion among President Joe Biden and his advisers.

"I urge all local docs and ministers and priests to talk about why, why it's important to get in to get that vaccine, and even after that, until everyone is in fact vaccinated, to wear this mask," he said.

Earlier, the White House laid out how it was reaching conservatives with vaccine messaging, even as officials acknowledged a Democratic president did not carry the same weight among that population as other public figures.

"If former President Trump woke up tomorrow and wanted to be more vocal about the safety and efficacy of the vaccine certainly we'd support that," press secretary Jen Psaki said at a Monday's White House briefing.

Health officials, including Dr. Anthony Fauci, have said Trump's voice in promoting the vaccine would go far in convincing Republicans to get it. Polls have shown Republicans are more likely to say they are wary or don't plan to get inoculated.

Trump has made small efforts to promote the vaccine, including in a speech at this year's Conservative Political Action Conference, but he did not appear in a public service announcement featuring former presidents that was released last week.

Trump wasn't approached to participate in the PSA, CNN recently reported, and expressed little interest in joining his predecessors to promote the vaccine.

Still, Psaki said the administration was focused on using "trusted messengers" to convince wary populations to get the vaccine.

"The President's goal is to vaccine all Americans, not just those who voted for him," she said. "We know we need to meet everyone where they are, and that includes conservatives."

She said Fauci and Dr. Francis Collins, the head of the National Institutes of Health, would meet with evangelical leaders on Tuesday to discuss vaccines and the best way to promote them among that population.

And she cited polls showing more Republicans would trust a doctor or health care provider when deciding whether to get a shot.