Biden was sworn in on a storied 19th century family Bible 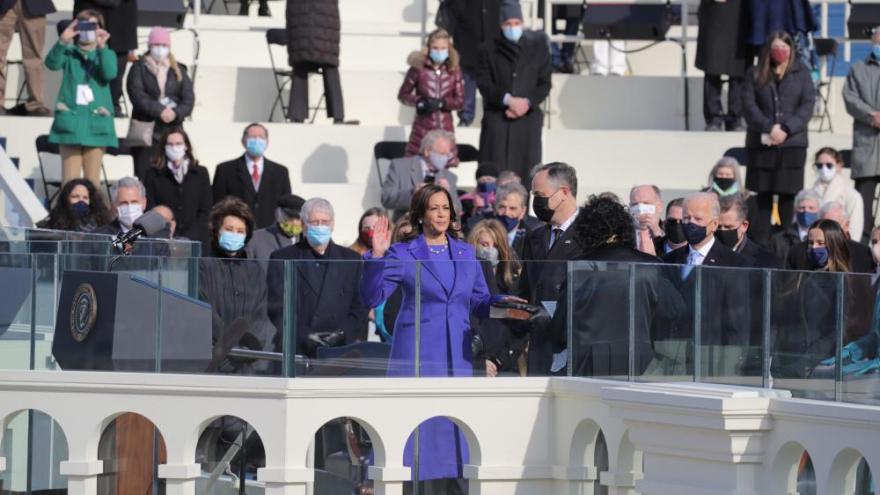 Vice President Kamala Harris, meanwhile, also used notable Bibles when she was sworn in on January 20.

(CNN) -- President Joe Biden was sworn in on a 19th century family Bible on Wednesday, continuing his longtime tradition of using the heirloom during his decades of public service.

The five-inch thick Bible features a Celtic cross on the cover, and has been in the Biden family since 1893. The President has used the Bible each time he has taken an oath of office, including during his first Senate swearing-in in 1973 and his swearings-in as vice president in 2009 and 2013.

The Bible was also used by Biden's late son, Beau Biden, when he was sworn in as attorney general of Delaware in 2007.

First Lady Jill Biden held the Bible on Wednesday as her husband took the oath of office, which was administered by Chief Justice John Roberts.

"Every important date is in there. For example, every time I've been sworn in for anything, the date has been on that, and it's inscribed on the Bible," Biden told Stephen Colbert in December.

"Our son, when he was sworn in as attorney general, all the important dates in our family, going way back. And it's just been a family heirloom," he said.

The Bible has been so central to Biden's political career that in 2009 when he took his final oath in the Senate, the swearing-in was delayed when the Bible couldn't be located, according to the Wilmington News Journal.

Vice President Kamala Harris, meanwhile, also used notable Bibles when she was sworn in on Wednesday. She chose two Bibles -- one that belonged to former Supreme Court Justice Thurgood Marshall, one of her heroes who inspired her to pursue a career in the law, and that of Regina Shelton, a neighbor who cared for Harris and her sister Maya when they were growing up.

Harris and her sister attended church with Shelton, where the Vice President was introduced to the teachings of the Bible. Harris has described Shelton as a "second mother to us."