Biden warns about conspiracies flourishing in the US: 'The rest of the world's wondering about us' 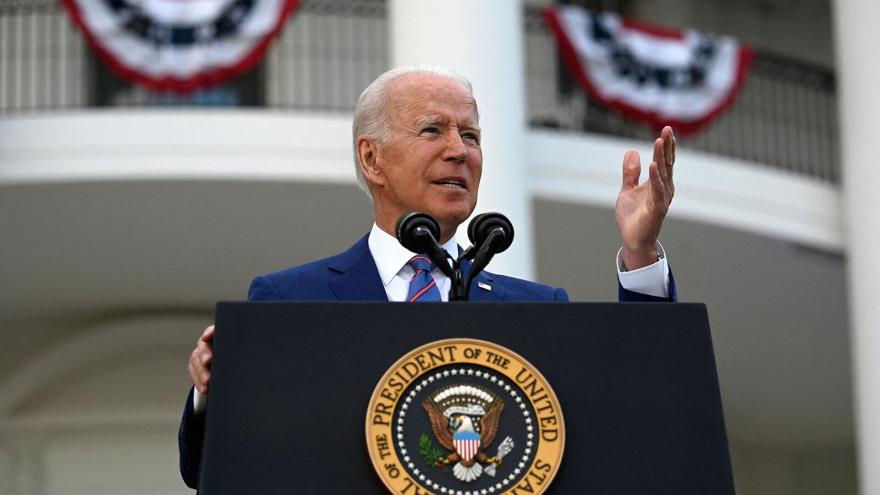 President Joe Biden on July 21 raised the alarm about conspiracy theories flourishing in the US and dividing the nation, warning that "the rest of the world's wondering about us."

(CNN) -- President Joe Biden on Wednesday raised the alarm about conspiracy theories flourishing in the US and dividing the nation, warning that "the rest of the world's wondering about us."

Speaking at a CNN town hall in Ohio, Biden said the US has "got to get beyond this" moment after referencing the QAnon conspiracy theory and the role of misinformation in sowing division and unfounded fears over the Covid-19 vaccine.

"What do you say to your grandchildren or your children about what's happening? Do you ever remember a time like this before in the entire history, whether you're a Democrat or a Republican? This is not who we are," the President said.

"And I'll say one last thing: You're going to -- I've had a lot of experience internationally and -- I mean, not good or bad, just I have -- I chaired the Foreign Relations Committee, I've been deeply involved. I did national security for our last -- the administration with Barack (Obama). But folks, the rest of the world's wondering about us. Those of you who've travel abroad -- it's not a joke."

Biden's comments come as the White House has struck a confrontational posture with social media platforms over the prevalence of misleading claims, particularly as they relate to coronavirus vaccines while cases tick up nationwide.

US Surgeon General Dr. Vivek Murthy warned last week that health misinformation is "a serious threat to public health," and the administration directly called out social media giant Facebook, accusing it of not doing enough to stop the spread of false information on its platform.

And while Biden on Monday backed off his accusation that Facebook was "killing people" by allowing misinformation to spread, he maintained the platform needs to do more to stem conspiracies from thriving.

"My hope is that Facebook, instead of taking it personally, that somehow I'm saying Facebook is killing people, that they would do something about the misinformation, the outrageous misinformation about the vaccine. That's what I meant," the President said following a speech at the White House about the state of the economy.

Still, Biden added Wednesday evening that he maintains "faith in the American people" to "ultimately get to the right place."

Democracy, he said, "has to stand up and demonstrate it can get something done."