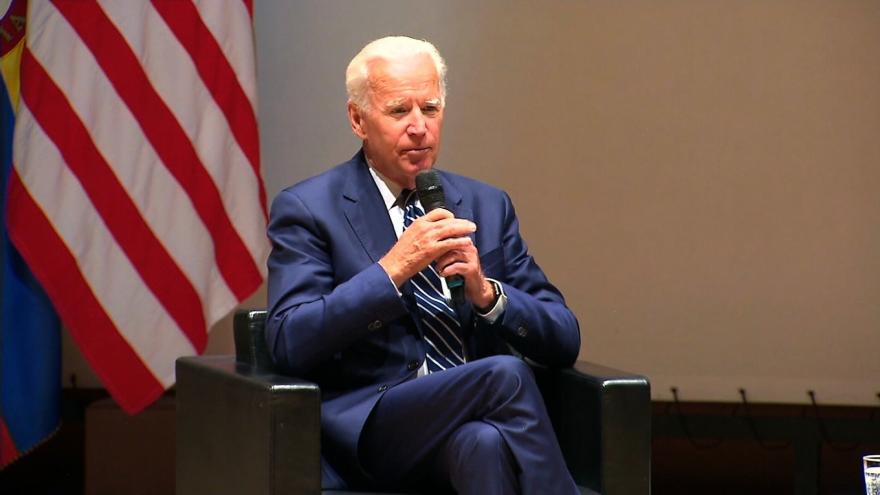 Biden says Trump either "doesn't know what he's doing or he has an absolutely convoluted notion" of America's leadership in the world.

Biden said he hopes Democrats don't pursue Trump's impeachment if the party takes over the House, saying, "I don't think there's a basis for doing that right now."