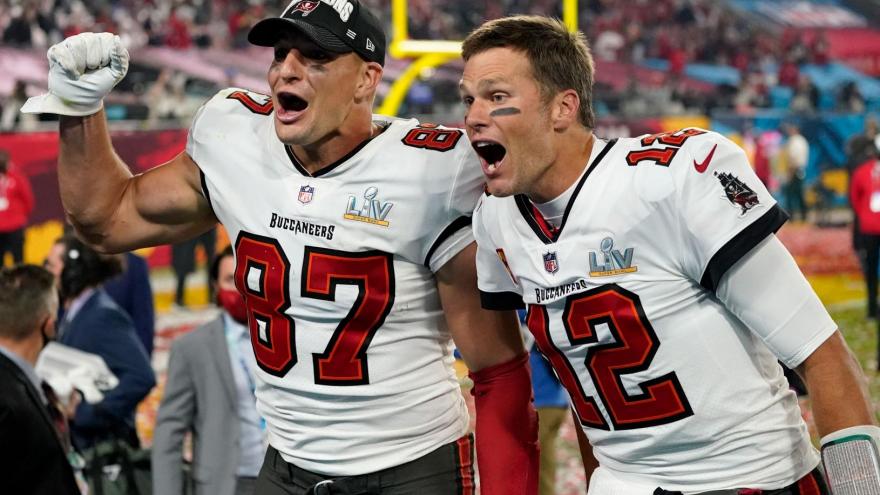 (CNN) -- President Joe Biden will welcome the Super Bowl champion Tampa Bay Buccaneers to the White House on Tuesday, an official tells CNN, marking yet another return to normalcy after the coronavirus pandemic and years of tension between the NFL and Biden's predecessor, former President Donald Trump.

The visit marks the first time since 2017 that a Super Bowl champion has visited the White House. In 2018, the Philadelphia Eagles were uninvited by Trump, who cited ongoing protests during the National Anthem, calling the player protests "disrespectful." A number of players had already announced they would forgo the visit, and one player told CNN that few of them had planned to attend anyway.

The New England Patriots, who won the 2019 Super Bowl, ultimately did not attend the traditional White House ceremony, though both sides said it had nothing to do with politics. At the time, one player told The New York Times they'd rather meet with former President Barack Obama.

In 2020, Trump congratulated the Kansas City Chiefs for their Super Bowl win, though he mistakenly tweeted that they hailed from Kansas, not Missouri. The team did not visit the White House to celebrate their win due to the pandemic.

Earlier this month, Biden welcomed the 2020 World Series champion Los Angeles Dodgers to the White House. In an East Room ceremony, the team presented Biden and Vice President Kamala Harris with team jerseys, while Biden thanked the organization for offering its stadium as a vaccination and testing site.

The Buccaneers' victory marked the seventh Super Bowl win for quarterback Tom Brady. The former Patriots quarterback skipped the 2017 visit to the White House, citing family matters, but had drawn controversy during the 2016 election campaign when a "Make America Great Again" hat was spotted in his locker after a game. Brady also skipped a visit to the White House under Obama.

CORRECTION: An earlier version of this story misstated how many Super Bowl wins Tom Brady has. He has seven.