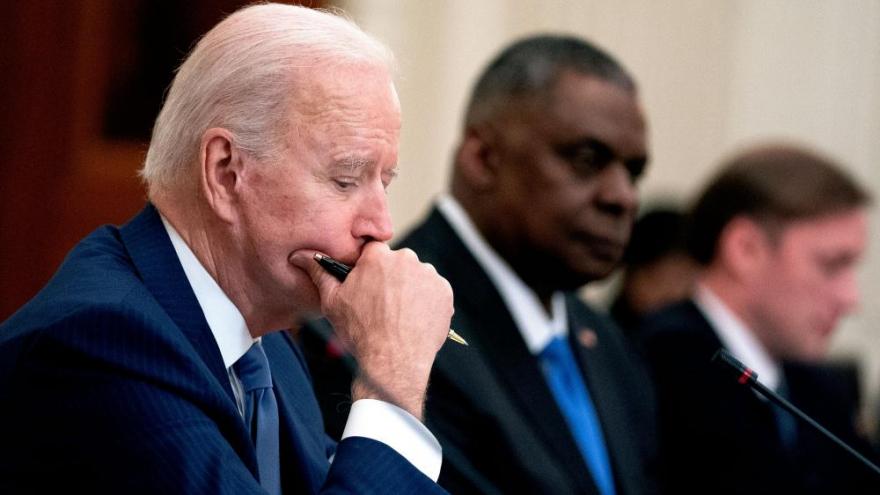 President Joe Biden will visit Tulsa, Oklahoma, next week in honor of the 100th anniversary of the Tulsa race massacre. Biden is shown here in the State Dining Room of the White House on May 21, 2021.

(CNN) -- President Joe Biden will visit Tulsa, Oklahoma, next week in honor of the 100th anniversary of the Tulsa race massacre, the White House announced on Tuesday.

No other details were made immediately available about the trip slated for June 1.

This year marks the 100th anniversary of a race massacre in the Greenwood District of Tulsa, which encompassed more than 35 city blocks of entirely Black-owned businesses. A beacon for African Americans looking to escape the discrimination and violence of the Jim Crow South and live a peaceful and safe life, the district was founded by Black men and women -- many of whom were descendants of slaves -- and became known as Black Wall Street.

On May 31, 1921, racial tensions and violence with the neighboring White residents in Tulsa boiled over in a massacre. Hundreds of Greenwood's Black residents were killed and the district was left in ashes.

The White House's announcement of the visit came after Biden and Vice President Kamala Harris met on Tuesday with the family of George Floyd on the one-year anniversary of his death at the hands of a Minneapolis police officer, sparking nationwide protests against racism and police brutality.

Meanwhile, the George Floyd Justice in Policing Act -- legislation that would set up a national registry of police misconduct, ban racial and religious profiling by law enforcement and overhaul qualified immunity for police officers -- remains stalled in the Senate. Biden had set an initial goal of having the legislation passed by Tuesday, but the White House backed off that deadline to allow negotiations to continue in Congress.

Biden's visit to Tulsa comes nearly a year after his predecessor took a controversial trip to the city. Last June, then-President Donald Trump visited Tulsa in his first campaign rally since the start of the Covid-19 pandemic, which by that time had already caused more than 2.2 million cases and 118,900 deaths in the United States, according to data from Johns Hopkins University.

Trump's visit was initially slated for June 19 -- Juneteenth, the holiday commemorating the end of slavery in the United States. The date was met with widespread criticism amid the national outcry following Floyd's death and nationwide protests over police brutality and racial inequality. Trump announced days before Juneteenth that he would reschedule the rally to June 20 "out of respect for this holiday."

During the rally, Trump stirred controversy anew when he said he had told officials in his administration to slow down coronavirus testing because of the rising number of cases in America. Tulsa also saw an increase in Covid-19 cases following the rally.