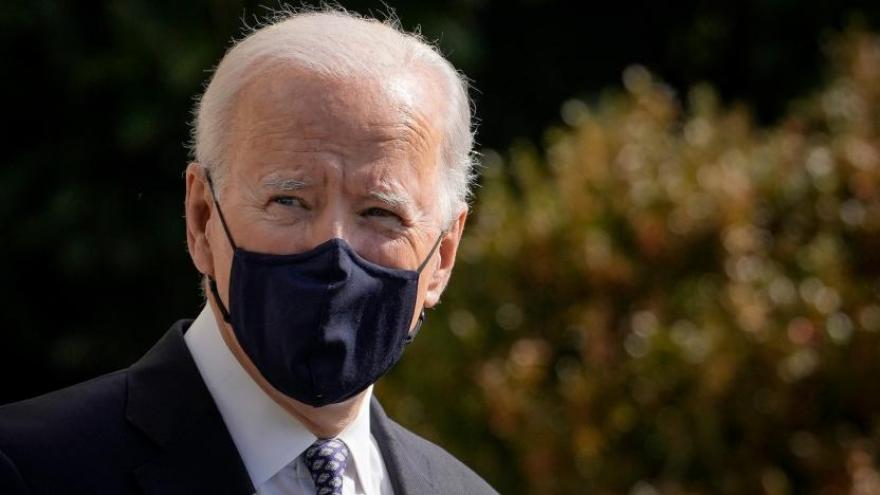 Two months after his effort to raise the federal minimum wage to $15 an hour ran into the Senate parliamentarian buzz saw, President Joe Biden is set to use his executive powers to hike the pay of hundreds of thousands of federal contract workers.

(CNN) -- Two months after his effort to raise the federal minimum wage to $15 an hour ran into the Senate parliamentarian buzz saw, President Joe Biden is set to use his executive powers to hike the pay of hundreds of thousands of federal contract workers.

The President is expected to issue an executive order on Tuesday that increases contract workers' hourly minimum wage to $15 in early 2022, up from the current $10.95. It eliminates the tipped minimum wage, now $7.65 an hour, by 2024 and ensures that federal contract workers with disabilities also receive a minimum of $15 an hour.

The wage will be adjusted yearly based on the increase in inflation.

Biden has pressed to hike the federal minimum wage nationally to $15 an hour, up from $7.25, where it was set in 2009. He included it in his $1.9 trillion coronavirus relief bill. However, the Senate parliamentarian ruled in late February that it did not meet a strict set of guidelines needed to move forward in the chamber's budget reconciliation process, which the Democrats used to pass the bill without Republican support.

Tuesday's measure follows an executive order Biden signed days after taking office that set the stage for raising federal contract workers' pay, one of the President's campaign commitments. The order also directed agencies to determine which federal workers are earning less than that minimum and develop recommendations to promote bringing them up to $15 an hour.

Tuesday's order will provide a big pay hike to a wide range of workers, including cleaning professionals and maintenance workers, nursing assistants who care for veterans, cafeteria and other food service workers, and laborers who build and repair federal infrastructure.

The effort will not lead to reduced employment or hurt the businesses that hire federal contractors, according to senior administration officials. Also, it will not result in increased costs for taxpayers, they said.

That's largely because the wage increase will enhance worker productivity and generate higher-quality work by boosting workers' health, morale and effort, the officials said. It will lower turnover, absenteeism and supervisory costs.

The pay raise also will help reduce decades of income inequality and improve families' economic security, particularly for women and people of color, according to a fact sheet distributed by the administration.

Business owners and Republicans, however, have long said that increasing the federal minimum wage nationally will hurt workers by forcing employers to hire fewer people.