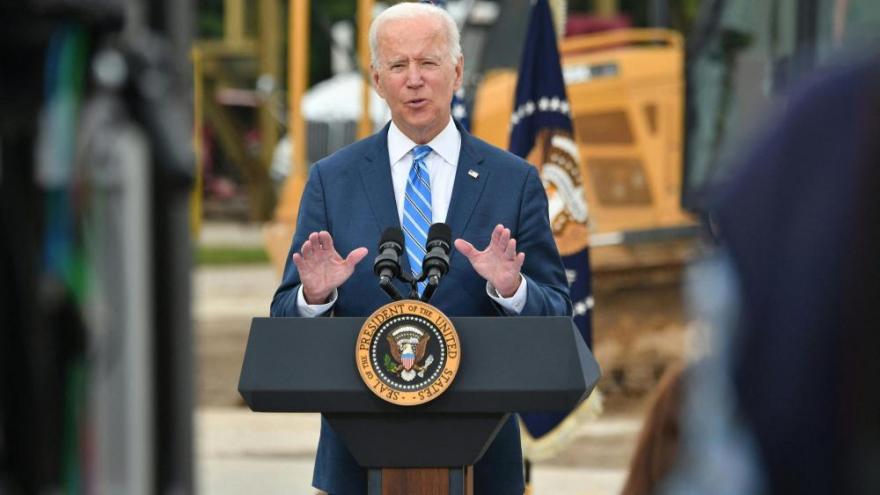 Canadian Prime Minister Justin Trudeau and Mexican President Andrés Manuel López Obrador will come to the White House on November 18 for a summit with President Joe Biden. Biden is seen here in Howell, Michigan, on October 5, 2021.

"During the Summit, the United States, Mexico, and Canada will reaffirm their strong ties and integration while also charting a new path for collaboration on ending the COVID-19 pandemic and advancing health security; competitiveness and equitable growth, to include climate change; and a regional vision for migration," a statement from the White House said.

It has been five years since the leaders convened for the trilateral summit. No official summits between the leaders of the three countries were held while former President Donald Trump was in office.

"Strengthening our partnership is essential to our ability to build back better, to revitalize our leadership, and to respond to a widening range of regional and global challenges," the White House said in the statement.

It continued: "With respect for each other's sovereignty and in a true spirit of partnership, we affirm our unwavering vision that North America is the most competitive and dynamic region in the world."

The summit comes shortly after the US began easing restrictions on travel for fully vaccinated visitors from Canada and Mexico, relaxing bans that have been in place for more than 18 months.

Since the start of the Covid-19 pandemic, the US was limiting nonessential travel on the ground along its borders with Canada and Mexico and extending those restrictions on a monthly basis. These travel restrictions were heavily scrutinized by lawmakers and border mayors who urged the Biden administration to adjust limits to meet the evolving landscape.

The US-Mexico border has also been facing an influx of migrants that has overwhelmed resources. This has prompted some concern among US Customs and Border Protection officials about easing travel restrictions on the US southern border while surging personnel to assist with an uptick in migrants.

Though the leaders of the three countries didn't hold a summit while Trump was in office, they did come to an agreement to update the Clinton-era North American Free Trade Agreement.

Trump signed the United States-Mexico-Canada Agreement into law early last year. The deal was signed by the three countries' leaders in November 2018, but the text was later changed after months of closed-door negotiations between the Trump administration and House Democrats.

Since taking office, Biden has met virtually with both López Obrador and Trudeau, and the President saw Trudeau recently at the G20 summit in Rome.