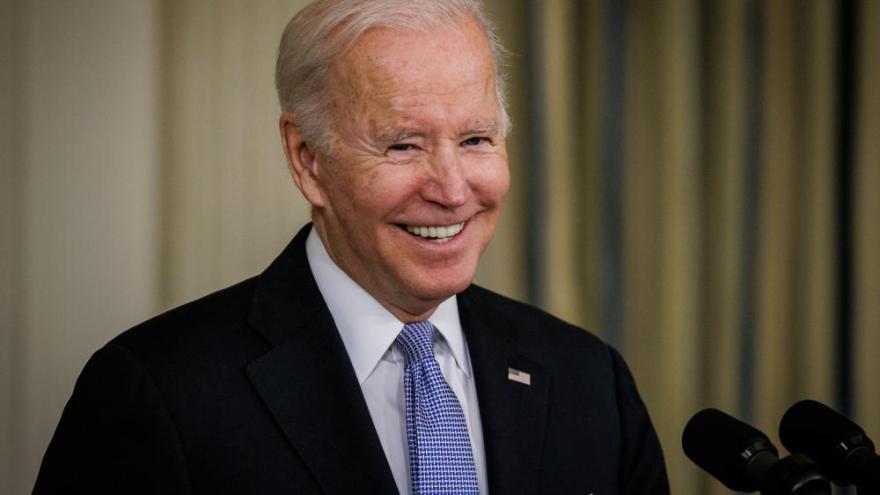 President Joe Biden will sign the bipartisan infrastructure bill on Monday during a ceremony that will include members of Congress, governors and mayors from both parties, the White House announced on Wednesday.

(CNN) -- President Joe Biden will sign the bipartisan infrastructure bill on Monday during a ceremony that will include members of Congress, governors and mayors from both parties, the White House announced on Wednesday.

"At the signing ceremony, the President will highlight how he is following through on his commitment to rebuild the middle class and the historic benefits the Bipartisan Infrastructure Deal will deliver for American families," according to a news release from the White House.

Biden will also host "representatives of the incredibly diverse coalition that pushed for the bill across the country" during Monday's ceremony, the White House said.

The legislation, which includes major investments for communities across the country, was passed by the Senate in August before it stalled in the House of Representatives as Democrats in the chamber worked to negotiate a deal on a sweeping economic and climate package. Many Democrats had tied that separate, major pillar of Biden's agenda to the fate of the infrastructure bill but it ultimately did not prevent passage of the infrastructure legislation.

The infrastructure bill eventually passed in the House in a 228-206 vote, with 13 Republicans crossing party lines to vote with the majority of Democrats -- a move that quickly drew criticism from members of their party, including former President Donald Trump.

The bill's passage marks a major bipartisan win for Biden and represents the largest single infrastructure investment in American history.

Biden appeared in Baltimore on Wednesday to tout the benefits of the legislation. Speaking at the Port of Baltimore, the President said that the bill will address the supply chain crisis by modernizing ports and reducing congestion.

"By investing in our roads, bridges, ports and so much else, this will make it easier for companies to get goods to market more quickly," he said.

The legislation includes $550 billion in new federal investments in American infrastructure over five years, which includes money for ports, airports, rail, roads, bridges and mass transit. The package also includes tens of billions of dollars for improving broadband infrastructure and the electricity grid and for a nationwide network of electric vehicle chargers.