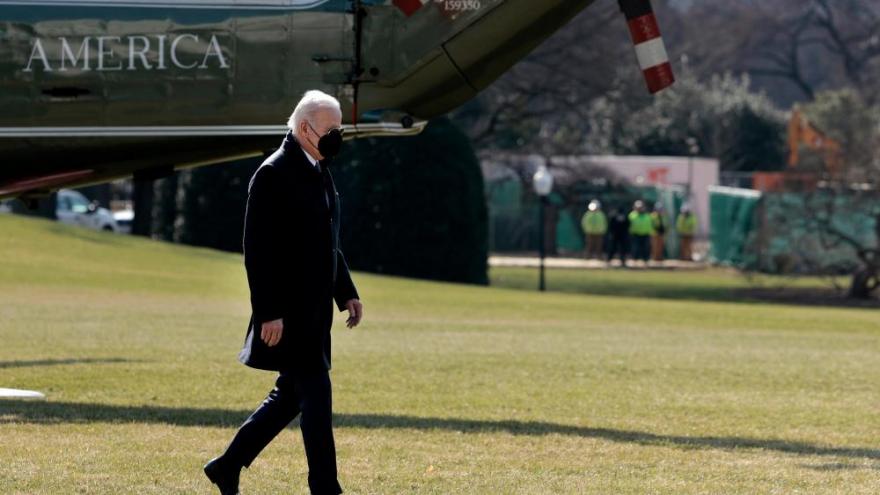 President Joe Biden will mark Black History Month with an event at the White House on February 28, just on the heels of announcing he plans to nominate Ketanji Brown Jackson, a Black woman, to the US Supreme Court.

(CNN) -- President Joe Biden marked Black History Month with an event at the White House on Monday, celebrating his decision to nominate the first Black woman to the Supreme Court and calling on Congress to pass voting rights legislation.

"We've nominated more Black women to the federal bench than any administration in the history of the United States," the President added.

The President also acknowledged the uphill battle for voting rights his administration faces with a divided Senate, but pledged to work to protect "our country's threshold liberty, the sacred right to vote, which I've never seen as under such attack."

"We've directed federal agencies to promote access to voting, we've appointed top civil rights advocates to help the US Department of Justice, which has doubled the number of voting rights enforcement folks on their staff, and again, we call on Congress: Pass the John Lewis Voting Rights Act; pass the Freedom to Vote Act. We can do this."

Vice President Kamala Harris, during remarks preceding Biden's, called for Jackson's "swift confirmation," telling the audience: "I don't have to tell everybody here -- she has been confirmed on a bipartisan basis three times, and deserves therefore a swift confirmation."

The Black History Month celebration was the only event the President was expected to attend in front of the press on Monday, amid the conflict between Russia and Ukraine.

As the President wrapped up, a reporter asked him if Americans should be worried at the prospect of nuclear war. "No," Biden said before exiting the room.

Aside from the event, Biden's public schedule for Monday included a secure call with American allies to discuss the latest developments in the conflict.

Harris made brief remarks about the situation in Ukraine during the event, describing "a critical moment in the history of our nation, and our world."

"Today, the eyes of the world are on Ukraine and the brave people who are fighting to protect their country and their democracy. And their bravery is a reminder, a most recent reminder, that justice, equality and freedom must never be taken for granted by any of us," Harris said in the East Room.

Since the start of Black History Month at the beginning of February, the Biden White House has held several events to mark the month's significance -- including convening Black Cabinet members for a roundtable discussion and setting up an exhibit highlighting pioneering Black Americans is on display at the Executive Residence.

Members of the Congressional Black Caucus, civil rights leaders and leadership for the Divine Nine -- a council of historically African-American fraternities and sororities -- are also expected to be in attendance, according to the White House.

A total of 57 institutions across the country were targeted from January 4 to February 16, the FBI said in a statement. On the first day of Black History Month, at least 16 HBCUs received threats.

Biden acknowledged the threats on Monday, saying, "I want all of you to know, we're ready to closely investigate the cowardly un-American bomb threats against HBCUs."