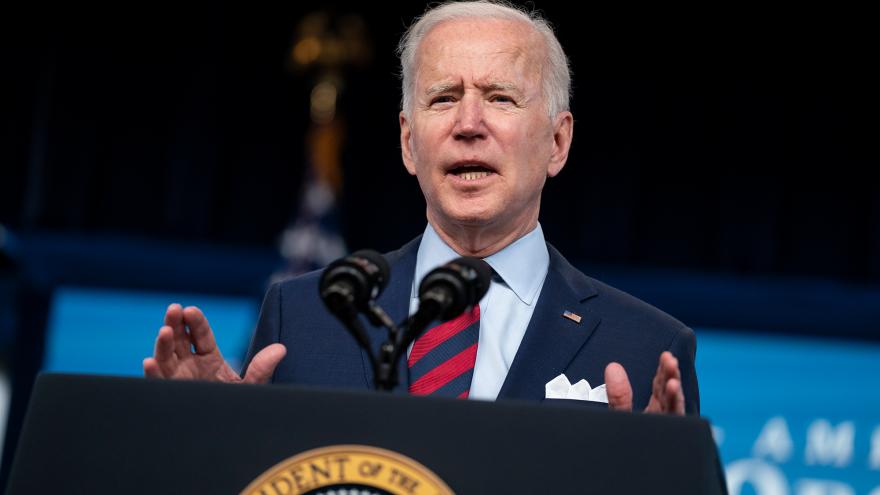 (CNN) -- President Joe Biden plans to announce Tuesday a withdrawal of US troops from Afghanistan by the upcoming twentieth anniversary of the September 11 terrorist attacks, according to three people familiar with the plans.

The withdrawal extends the US troop presence past a May 1 deadline set by the Trump administration in an agreement with the Taliban, but only by a matter of months.

Biden has been weighing the decision for months with his advisers and signaled he did not believe US troops should remain in the country long past the deadline.

Officials were expected to explain the decision further later on Tuesday.

The Washington Post was first to report the news.

US officials say there are about 2,500 troops in Afghanistan. In addition, it's not immediately clear what will happen to several hundred US special operations forces there that often work for the CIA on counter terrorism missions. Those troops are not publicly acknowledged and are not part of the formal calculation of 2,500 troops in the country.

Biden's new September 11 deadline to withdraw US troops would mark a symbolic end to the longest war in American history: Exactly 20 years after the September 11, 2001, terrorist attacks that sparked the initial US invasion of Afghanistan.

The Afghanistan troop withdrawal is the first major decision of Biden's presidency regarding US troops abroad, and Biden wrestled with what to do for months leading up to the May 1 deadline set by his predecessor.

Last month, Biden signaled he was unlikely to meet the May 1 deadline, but said at his first press conference as President that he did not envision US troops remaining in Afghanistan by next year.

"We are not staying for a long time. We will leave," Biden said. "The question is when we leave." He added, "it's going to be hard to meet the May 1 deadline just in terms of tactical reasons."

Secretary of State Tony Blinken laid the groundwork for Biden to make an announcement about the withdrawal in a phone call with President Ashraf Ghani on Tuesday, according to two sources familiar with the phone call.

Blinken did not divulge precise details about the withdrawal but explained that Biden would be calling Ghani on Thursday, and Blinken left the Afghan president with the understanding that Biden had decided on withdrawing US troops over the course of the next few months.

Biden administration officials have also been sending signals to Afghan officials at the working level that this was the direction they were headed in, one source explained.

The Biden administration is also making a series of phone calls to allies in the region this afternoon to detail their planned strategy, two diplomatic sources told CNN.

Ghani tweeted on Tuesday that he's spoken to Blinken about planned U.S.-backed peace talks between the government of Afghanistan and the Taliban set for this week and the upcoming phone call Biden.

"Today I spoke with Secretary @ABlinken. We discussed the ongoing peace process, the upcoming peace talks in Turkey, and also spoke about the upcoming phone call with President @JoeBiden", Ghani tweeted.

The decision to set a deadline for withdrawal comes with risks, as senior military commanders have advocated keeping US troops in the country and have argued that a premature withdrawal could lead to a collapse of the Afghan government.

Recent attacks against US forces in Afghanistan have also fueled concerns. CNN reported last week that the Taliban twice targeted one of the most heavily guarded bases in the country in March and that US military personnel working for the CIA were at the installation when it came under fire.

The US wants to keep an intelligence presence in Afghanistan, according to two sources familiar with the matter.

The annual US intelligence community's assessment released Tuesday said that prospects for a peace deal between the Taliban and the Afghan government "remain low during the next year."

"The Taliban is likely to make gains on the battlefield, and the Afghan Government will struggle to hold the Taliban at bay if the coalition withdraws support," the assessment says.