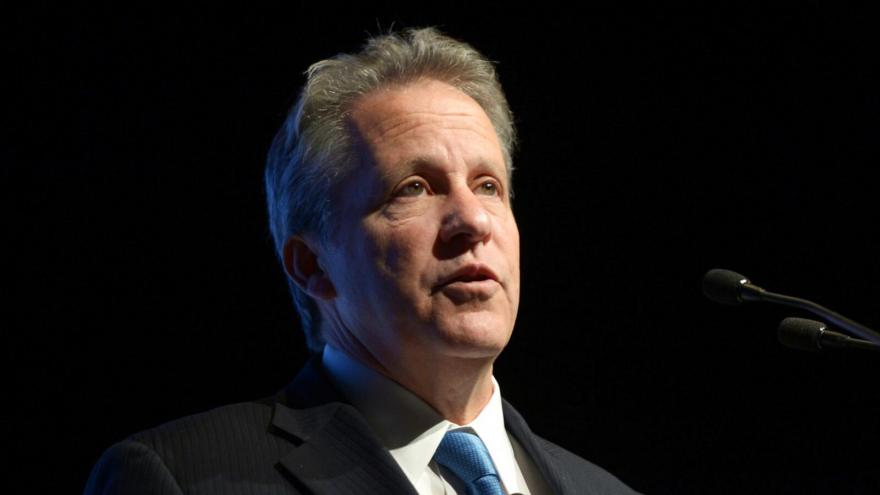 "Today, I'm pleased to announce and introduce another gifted manager to coordinate our implementation of the American Rescue Plan, Gene Sperling. Gene will be on the phone with mayors, governors, red states, blue states -- a source of constant communication, a source of guidance and support, and above all, a source of accountability for all of us to get the job done," Biden said during a White House speech.

The President added that the implementation of the relief law "requires fastidious oversight to make sure the relief arrives quickly, equitably and efficiently, with no waste or fraud, in your bank account, in your mailbox, to the local business, in your community, and to your child's school."

"He is ready to get to work. In fact, he has hit the ground running. And together we're going to make sure that the benefits of the American Rescue Plan go out quickly and directly to the American people -- where they belong," Biden said.

"Gene has spent more than a decade at the highest level of government, including as a senior Treasury official and as the only person to serve as (National Economic Council) director twice," Psaki said. "There are a number of economic officials who will be playing a role in implementation, so he has an especially interesting and relevant background in helping pull all those levers."

Sperling's mandate as White House American Rescue Plan coordinator will be to get money out the door quickly and maximize its impact, officials said, while also serving as the lead official in partnership with state and local officials on the receiving end of billions of dollars from the law.

He will serve as the lead in advising and ensuring local officials get what they need, while also holding them accountable for any mismanagement of funds, two individuals briefed on the plan said.

Psaki said that Sperling will work remotely until he is able to get the coronavirus vaccine.

Sperling has spent more than a decade at the highest levels of government and will be tasked with ensuring all aspects of the sweeping relief law are put into place as designed.

The President and White House officials emphasized Sperling's experience leading the federal government's response efforts during moments of economic crisis in the Obama administration and the Clinton administration.

"Gene also played a key role in helping steer Detroit out of bankruptcy and on the path to renewal, and he quarterbacked support for small businesses and economic assistance for unemployed Americans," Psaki said Monday during her briefing.

Sperling's name was added to the mix as officials at the White House were discussing possible replacements for Neera Tanden after she withdrew her nomination to lead the Office of Management and Budget, according to a source familiar with the matter.

While vice president, Biden served in a similar implementation role overseeing the rollout of the 2009 American Recovery and Reinvestment Act.