Biden announces ban on Russian aircraft from US airspace 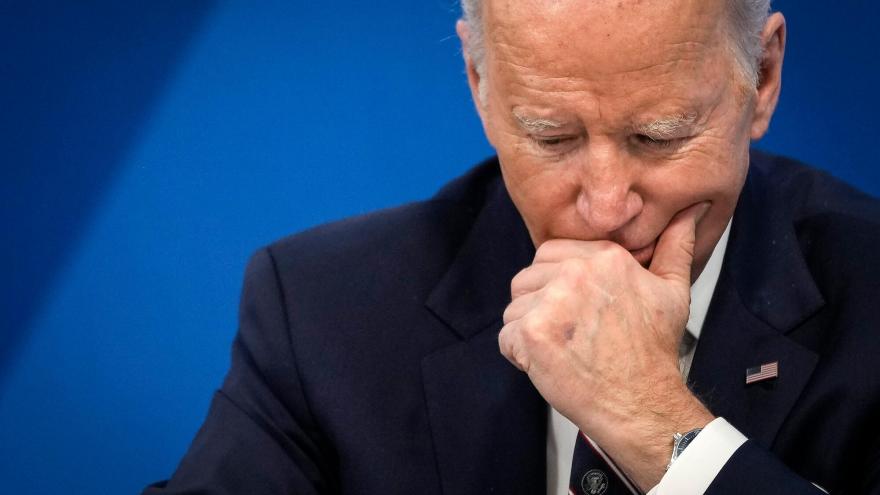 President Joe Biden, seen here in a virtual meeting on February 22, in Washington, DC, will ban Russian aircraft from US airspace.

(CNN) -- President Joe Biden announced during Tuesday night's State of the Union that the US will ban Russian aircraft from US airspace, joining a growing number of countries who are closing their skies to Russia following President Vladimir Putin's invasion of Ukraine.

"Tonight I'm announcing that we will join our allies in closing off American airspace to all Russian flights, further isolating Russia and adding additional squeeze on their economy," the President said.

When asked if the Biden administration was considering this move in recent days, White House press secretary Jen Psaki told reporters that the number of US flights that fly over Russia to go to Asia and other parts of the world played a role in the decision.

In recent days, the State Department has encouraged Americans in Russia to consider leaving immediately while there are still commercial flights out of the country.

US officials believe there will still be ways for Americans to get out of Russia if Russian flights cannot come to the US, citing train options out of the country as one possibility.

Following Biden's announcement Tuesday evening, the Federal Aviation Administration said in a statement that the official notice banning Russian aircraft from US airspace would be posted Wednesday. This includes scheduled passenger flights as well as cargo and charter flights.

"The United States stands with our allies across the world in responding to Putin's unprovoked aggression against the people of Ukraine," Transportation Secretary Pete Buttigieg said in a statement.

The move is the latest retaliatory measure levied against Putin for launching an unprovoked full-scale invasion into Ukraine.

The President last week announced harsh new sanctions -- including on Putin himself -- and export controls aimed at imposing severe costs on the Russian economy. The US also announced it would prohibit American dollar transactions with the Russian central bank and fully block the Russian direct investment fund to prevent Russia from mitigating some of the effects of the sanctions.

The White House -- along with the European Commission, France, Germany, Italy, the United Kingdom and Canada -- announced Saturday evening that they would expel certain Russian banks from SWIFT, the high-security network that connects thousands of financial institutions around the world. In a major break from its longstanding neutrality, Switzerland also announced it would join the European Union in imposing sanctions on Russia over its invasion of Ukraine.

The President is set to use his first State of the Union address on Tuesday night to condemn Putin in strong terms and tout the West's response to Russia's invasion of Ukraine. The President will call out Putin for starting a war that was "premeditated and unprovoked," according to excerpts of his speech provided by the White House.

Zelensky has urged Biden to impress upon Americans the urgency and implications of Russia's invasion and reiterated calls for the US and NATO to establish a no-fly zone over Ukraine or put boots on the ground. The Ukrainian President told CNN's Matthew Chance in an exclusive interview that he has urged Biden to deliver a strong and "useful" message about the Russian invasion in his State of the Union address Tuesday night.