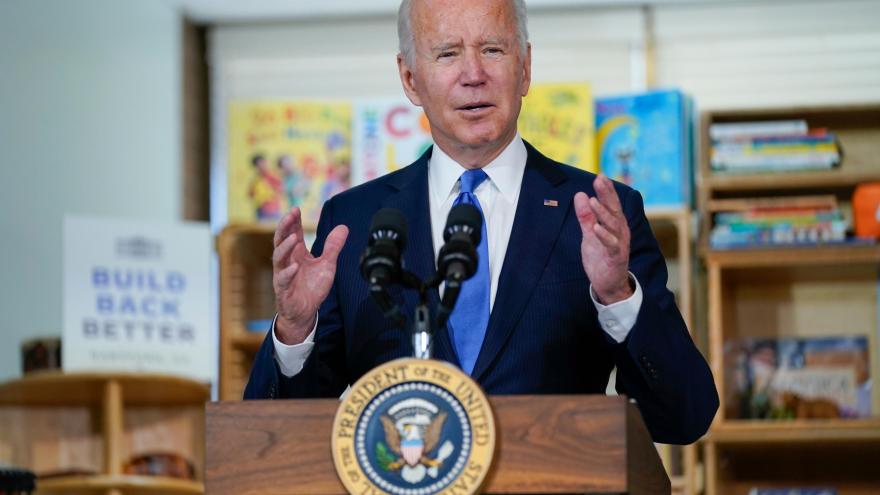 Moreover, he indicated that the child tax credit -- a key Democratic priority -- would likely be extended for one additional year, much shorter than what many in their party wanted, one of the sources said. The child tax credit will also likely be means tested, keeping with what West Virginia Democratic Sen. Joe Manchin had wanted.

Biden also indicated to the group that they would reduce the proposed funding for so-called homecare for the elderly and disabled -- down to less than $250 billion, sources said. Democrats had wanted to keep the funding at $400 billion.

The President said they plan to keep an expansion of Medicare, which includes hearing, dental and vision -- in line with what the progressives want.

Moreover, California Rep. Ro Khanna told CNN's Jake Tapper on "The Lead" that Biden planned to provide "community college scholarships" in the package. Khanna also indicated that the President wanted to keep universal pre-K, along with about $300 billion in investments to help combat climate change.

But the debate over climate change has not yet been settled -- since progressives want to go much further and Manchin has resisted those plans.

Democrats are debating what they should include after Manchin said he would oppose an electricity standard to force utilities to use cleaner-burning fuels to reduce greenhouse gas emissions by 50% over the next decade.