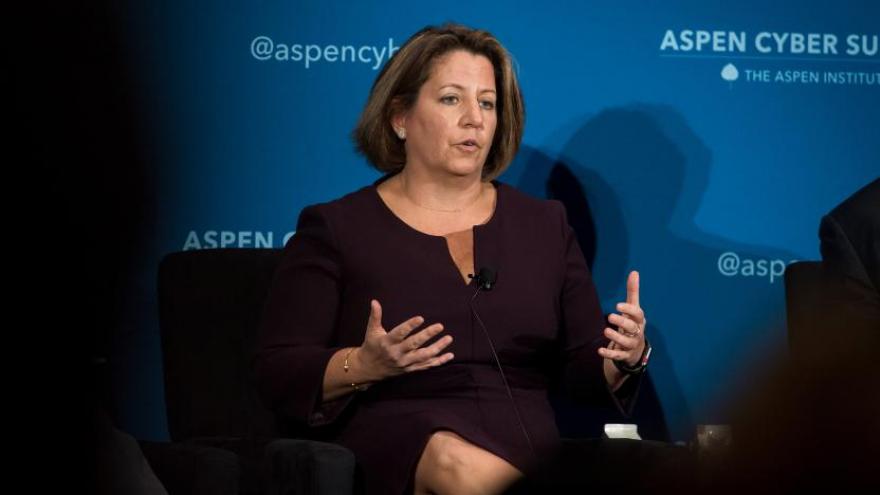 (CNN) -- President-elect Joe Biden has asked Lisa Monaco, his deputy attorney general nominee, to temporarily step away from those duties and serve as a homeland security adviser to his inauguration team, a Biden transition official said, a sign that the rising security concerns demand high-level coordination.

This is a temporary position, which will continue only until Inauguration Day, when Monaco will go back to preparing for confirmation hearings as the No. 2 official at the Department of Justice.

"The President-elect has asked Lisa Monaco to serve as a temporary advisor to the transition on homeland security around the Inauguration, ensuring there is coordination across the incoming team and working with current officials in the days leading up to and on Inauguration Day to help ensure a safe and seamless handoff on homeland security issues," a Biden transition official said in a statement Thursday evening.

Monaco, the statement said, "will assist the President-elect and work with the incoming National Security Advisor, the incoming Homeland Security Advisor, and current security and law enforcement officials, including with the United States Secret Service on their plans for the Inauguration. Given the existing threats, Ms. Monaco's temporary role will be focused solely on the period leading up to the inauguration."

The shift comes alongside concerns from authorities about more extremist violence in the coming days after supporters of President Donald Trump breached the US Capitol last week in a deadly riot that left five people dead.

Federal law enforcement agencies have issued an urgent call for assistance in securing the nation's capital as the inauguration nears, CNN has reported, warning that domestic extremists are likely more emboldened to carry out attacks on Biden's inauguration and throughout 2021 after seeing the success of the Capitol siege.

As a result, more than 20,000 National Guard troops could be in Washington to help secure Biden's inauguration, DC Metropolitan Police Chief Robert Contee said Wednesday, and sources told CNN that officials are considering raising the terrorism threat level, though one source cautioned no changes are expected as of now.

Biden and Vice President-elect Kamala Harris are still expected to take their oaths of office on the West Front of the US Capitol at a significantly scaled-down event. Biden said this week that he was "not afraid of taking the oath outside" and that his team had been receiving briefings in the wake of the violence.

A former homeland security adviser in the Obama administration, Monaco has become a close aide to Biden. She will "pause activities and engagement related to her nomination to serve as Deputy Attorney General" while assisting with the inauguration, the Biden transition official said Wednesday evening.

"This is an all-hands-on-deck period," the official added, "but the goal is to quickly and seamlessly turn full responsibility to the incoming Homeland Security Advisor and team as soon as possible."