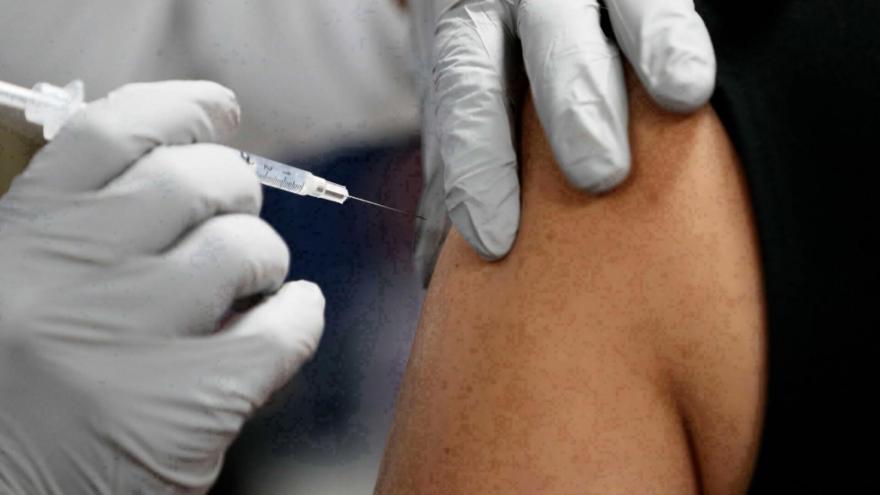 A federal judge on Tuesday blocked the Covid-19 vaccine requirement for federal contractors in Kentucky, Ohio and Tennessee -- the third time in recent weeks that President Joe Biden's federal mandate has been blocked in some capacity in certain parts of the country.

(CNN) -- The Biden administration has suffered three major court losses since Monday morning, with orders freezing key federal government Covid-19 vaccine rules in certain parts of the country and, in one case, nationwide.

The latest blow came from a federal judge in Louisiana, whose order Tuesday afternoon halted across the country the administration's mandate requiring that certain health care workers be vaccinated.

Meanwhile, a requirement that employees of larger companies get either vaccinated or tested for Covid-19 regularly remains frozen after a scathing appeals court order blocking the mandate earlier this month.

The administration has acted quickly to seek reversals of the orders blocking its vaccine rules.

"That threat to human life and health far exceeds the potential indirect harms to patients resulting from workers who may quit rather than receive the vaccine," the Justice Department said in one such filing Tuesday, asking for an appeals court to reinstate the mandate that covers certain health care staff at providers that participate in Medicare and Medicaid.

Claims of an 'erosion of our liberties'

The challenges put forward different arguments for why each vaccine requirement should be blocked, touching on the administration's compliance with administrative law to constitutional claims about the federal government's abilities to regulate vaccine participation.

In the Kentucky case concerning the mandate for federal contractors, US District Judge Gregory Frederick Van Tatenhove said Tuesday that the question before him was "narrow."

"Can the president use congressionally delegated authority to manage the federal procurement of goods and services to impose vaccines on the employees of federal contractors and subcontractors. In all likelihood, the answer to that question is no," the President George W. Bush appointee said in his order, which blocked the contractor mandate in Kentucky, Ohio and Tennessee.

But other judges have used more sweeping language in explaining their decisions, while downplaying vaccines' effectiveness in limiting the spread of Covid-19.

"During a pandemic such as this one, it is even more important to safeguard the separation of powers set forth in our Constitution to avoid erosion of our liberties," said US District Judge Terry Doughty, a President Donald Trump appointee in Louisiana who blocked the health care worker mandate nationwide.

The Justice Department has not waited long to ask that higher courts reinstate the administration's mandates.

The department has already asked the 8th US Circuit Court of Appeals to revive the health care worker mandate that was partially blocked Monday by the judge in the Missouri case. That appeals court is made up mostly of GOP appointees, as is the 6th Circuit, which would consider an appeal of the federal contractor decision handed down Tuesday in Kentucky.

Tuesday's order blocking the health care worker mandate nationwide, if appealed, would go to the 5th US Circuit Court of Appeals. Earlier this month, that extremely conservative court put on hold the testing-or-vaccine regimen for large companies that the Occupational Safety and Health Administration sought to implement.

The challenges to the OSHA mandate have been consolidated and transferred to the 6th Circuit, which has not yet acted on a Justice Department request that it revive that policy.

All three mandates, when rolled out by the Biden administration, set December 6 deadlines for initial compliance.

"Simply put, delaying the Standard would likely cost many lives per day, in addition to large numbers of hospitalizations, other serious health effects, and tremendous expenses," the administration said in a court filing asking the 6th Circuit to reinstate the OSHA mandate.

In response to the Tuesday order blocking the contractor mandate, the White House defended the requirement while touting the success of the government's vaccine rules for federal employees.

"Our implementation sends the clear message to businesses, including federal contractors, that similar measures will protect their workforce, protect their customers, and protect our communities," a White House spokesperson said in a statement. "We are confident in the government's authority to promote economy and efficiency in federal contracting through its vaccine requirement and the Department of Justice will vigorously defend it in court."

This headline and story have been updated with additional developments Tuesday.