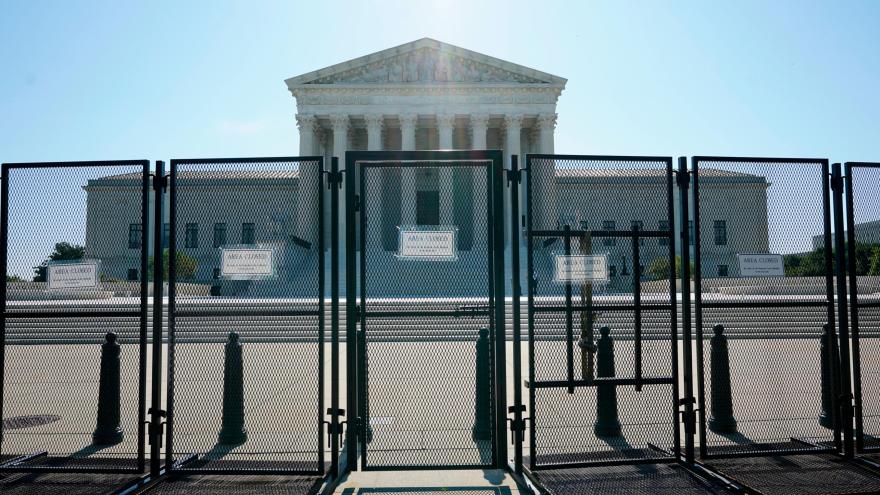 The bill -- the Supreme Court Police Parity Act of 2022 -- was passed by the House earlier this week and the Senate passed the measure last month. It allows the families of Supreme Court justices to be covered by the security currently provided to the justices if the Marshal of the Supreme Court "determines such protection is necessary," according to the text of the legislation.

Security protections surrounding the high court received fresh attention after the Justice Department arrested a man near Justice Brett Kavanaugh's house in Maryland earlier this month and charged him with attempting or threatening to kidnap or murder a US judge.

The bill has been in the spotlight following the leak of a draft majority opinion that would strike down Roe v. Wade, the 1973 Supreme Court ruling that legalized abortion nationwide. The leak has sparked public outcry and led to an increase in protests over the potential for the landmark ruling to be overturned.

While protests around the country have been largely peaceful, law enforcement officials in the nation's capital have braced for potential security risks. Last month, an 8-foot-tall, non-scalable fence was installed around parts of the Supreme Court building, and crews set up concrete Jersey barriers blocking the street in front of the court.

When the bill was passed by the House earlier this week, it received overwhelming bipartisan support, though a number of Democrats representing parts of New Jersey voted against it, citing a desire to increase its scope to include protection for federal judges.