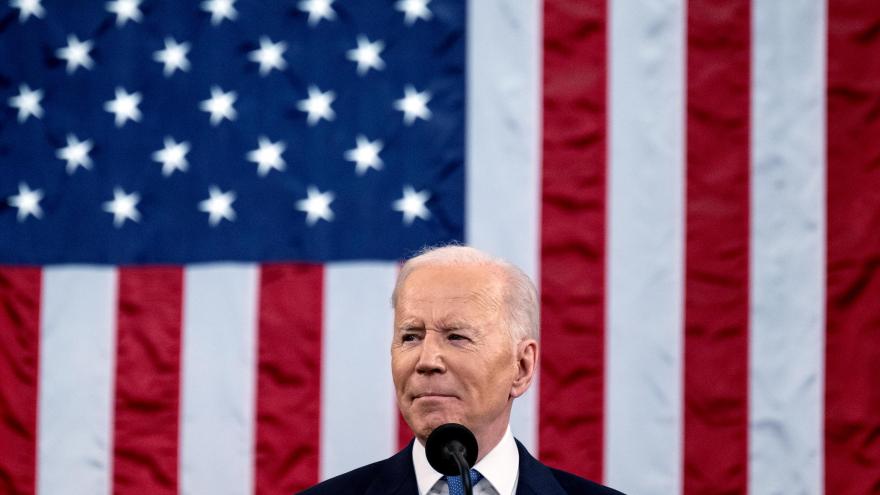 (CNN) -- President Joe Biden will travel to Superior, Wisconsin, on Wednesday, home to the "deteriorated" Blatnik Bridge, which connects the city to neighboring Duluth, Minnesota, and is "nearing the end of its usable life," according to the White House.

Biden will speak about efforts under his bipartisan infrastructure law to repair the nation's roads, bridges and waterways from Wisconsin.

According to a White House fact sheet shared with reporters Tuesday evening, more than 33,000 vehicles traverse the bridge, first erected in 1961, each day. Due to the bridge's deteriorating condition, local authorities have instituted a load restriction, setting a maximum weight of 40 tons and prohibiting passage of large trucks and other heavy vehicles.

In his remarks, Biden is expected to tout funding from his signature infrastructure law, including $4.8 billion for Minnesota and $5.4 billion for Wisconsin. Both states will use some of that funding to repair the Blatnik Bridge. According to administration estimates, Wisconsin has 979 bridges in poor condition, while Minnesota has 661.

This is Biden's first trip since delivering Tuesday's State of the Union address, during which he announced an initiative to repair 65,000 miles of highway and 1,500 bridges this year through funds from the infrastructure law.

"I'm announcing that this year we will start fixing over 65,000 miles of highway and 1,500 bridges in disrepair," Biden said Tuesday. "We're done talking about infrastructure weeks. We're now going to talk about an infrastructure decade."

The President's remarks Wednesday are the latest in a series of events the administration is holding to highlight infrastructure investments, including a trip to Ohio last month to unveil Great Lakes funding and a December announcement on funding for port infrastructure and development.