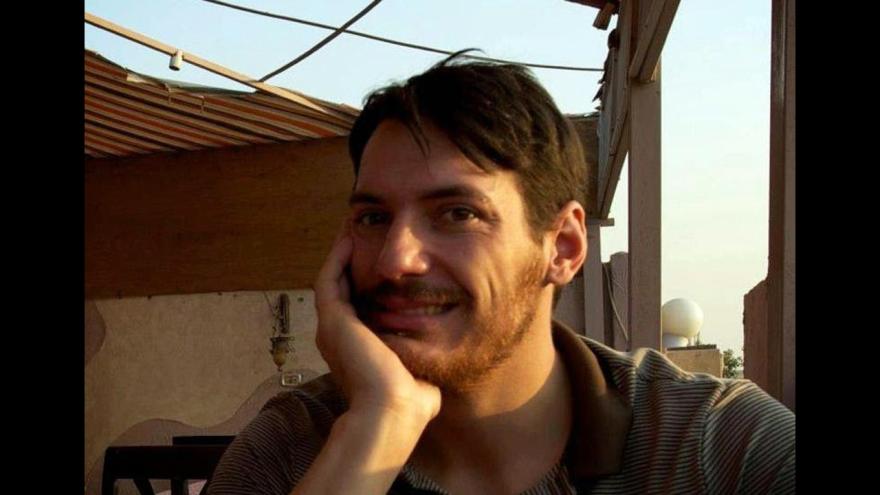 (CNN) -- President Joe Biden on Wednesday declared that the US government knows "with certainty" that American journalist Austin Tice has been held by the Syrian government and called on Damascus to cooperate on efforts to release him after 10 years of captivity.

"We know with certainty that he has been held by the Syrian regime," Biden said in a statement. "We have repeatedly asked the government of Syria to work with us so that we can bring Austin home."

"On the tenth anniversary of his abduction, I am calling on Syria to end this and help us bring him home," the President said, adding that the "Tice family deserves answers, and more importantly, they deserve to be swiftly reunited with Austin."

The government of Syrian leader Bashar al-Assad has not publicly acknowledged they are detaining him. Tice, a freelance journalist and Marine Corps veteran, was detained at a checkpoint near Damascus in August 2012 while reporting on the war in Syria.

In a separate statement Wednesday, Secretary of State Antony Blinken said the administration "will continue to pursue all available avenues to bring Austin home and work tirelessly until we succeed in doing so."

"We continue to demand that Syrian officials fulfill their obligations under the Vienna Convention on Consular Relations to acknowledge the detention of Austin and every other U.S. national held in Syria, a responsibility under international law and an important step in securing their release," Blinken said. Another American, Majd Kamalmaz, was detained at a checkpoint in Damascus in February 2017 and has not been heard from since.

Biden met with Austin Tice's parents, Marc and Debra, in early May. Following that meeting, Marc Tice told CNN's Jake Tapper in an interview on the "The Lead" that Biden told them "he supported the efforts that are underway and other efforts that may create positive movement" to get Austin home.

"One of the efforts underway is pushing to get engagement and engagement that sustained," between the US and Syria, Marc Tice said at the time. The two nations do not have diplomatic relations.

In his statement Wednesday, Blinken said that "Special Presidential Envoy for Hostage Affairs Roger Carstens will continue to engage with the Syrian government in close coordination with the White House, Hostage Recovery Fusion Cell, and our team here at the State Department."

Carstens secretly traveled to Damascus and met with Assad regime officials in 2020 under the Trump administration. In May of this year, he met with Abbas Ibrahim, a top Lebanese security official, in Washington "to discuss US citizens who are missing or detained in Syria," State Department spokesperson Ned Price said at the time. Ibrahim, the chief of Lebanon's General Security Directorate, has played a role in securing the release of American detainees in the past, including Sam Goodwin from Syria and Nizar Zikka from Iran.