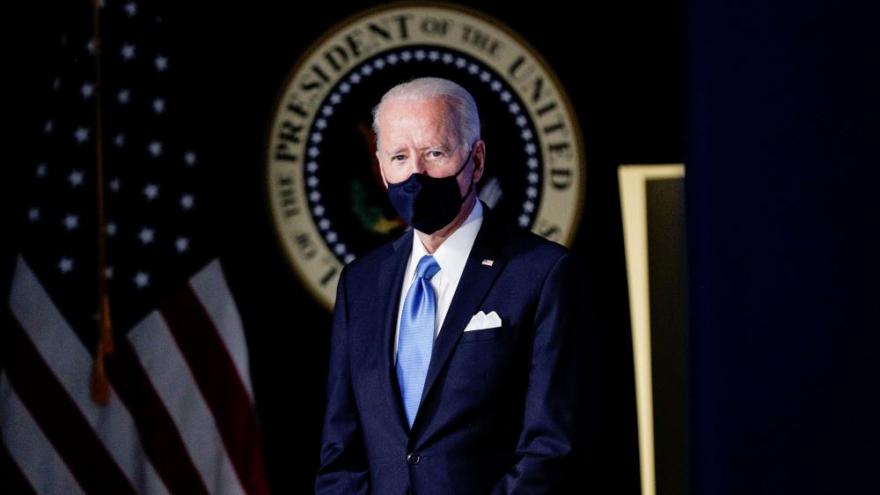 President Joe Biden said Vladimir Putin "will pay a price" for his efforts to undermine the 2020 US election following a landmark American intelligence assessment which found that the Russian government meddled in the 2020 election with the aim of "denigrating" Biden's candidacy.

(CNN) -- President Joe Biden said Vladimir Putin "will pay a price" for his efforts to undermine the 2020 US election following a landmark American intelligence assessment which found that the Russian government meddled in the 2020 election with the aim of "denigrating" Biden's candidacy.

"He will pay a price," Biden said of Putin in an interview that aired Wednesday on ABC's "Good Morning America". "We had a long talk, he and I, and relatively well. And the conversation started -- 'I know you and you know me. If I establish this occurred, be prepared.'"

Biden held his first call with Putin in late January. The White House said at the time that Biden confronted the Russian president on a number of issues, including Moscow's interference in the 2020 US presidential elections, the massive Solarwinds cyberattack, the suspected poisoning of Russian opposition figure Alexei Navalny and reports of Russian bounties on American troops serving in Afghanistan.

The President wouldn't provide more details to ABC on what "price" Putin will pay, but the Biden administration is expected to announce sanctions related to election interference as soon as next week, three US State Department officials have told CNN. The officials did not disclose any details related to the expected sanctions but said that they will target multiple countries including Russia, China and Iran.

The Office of the Director of National Intelligence released an assessment on Tuesday about foreign threats to the 2020 US federal elections. The assessment found that Russia pursued efforts aimed at "denigrating President Biden's candidacy and the Democratic Party, supporting former President Trump, undermining public confidence in the electoral process, and exacerbating sociopolitical divisions in the US.:

The report is the most comprehensive assessment of foreign threats to the 2020 elections to date, detailing extensive influence operations by US adversaries that sought to undermine confidence in the democratic process, in addition to targeting specific presidential candidates.

It also confirms what was largely assumed, and barely hidden, last year: former President Donald Trump and his closest allies publicly embraced Russia's disinformation campaign against Biden, met with Kremlin-linked figures who were part of the effort, and promoted their conspiracy theories.

During his interview with ABC, Biden was reminded of the 2011 exchange he said he had with Putin at the Kremlin.

Biden claims he told Putin he didn't think Putin had a soul. Putin's response, Biden recalls, was to say, "We understand one another."

"Look, most important thing dealing with foreign leaders, and I've dealt with a lot of them over my career, is just know the other guy," Biden told ABC.

When interviewer George Stephanopoulos asked Biden if he thought Putin was "a killer," the President said, "Mhmm. I do."

"The price he's going to pay, well, you'll see shortly," Biden continued. "There are places where it's in our mutual interest to work together. That's why I renewed the START agreement with him. That occurred while he's doing this, but that's overwhelmingly in the interest of humanity that we diminish the prospect of a nuclear exchange."