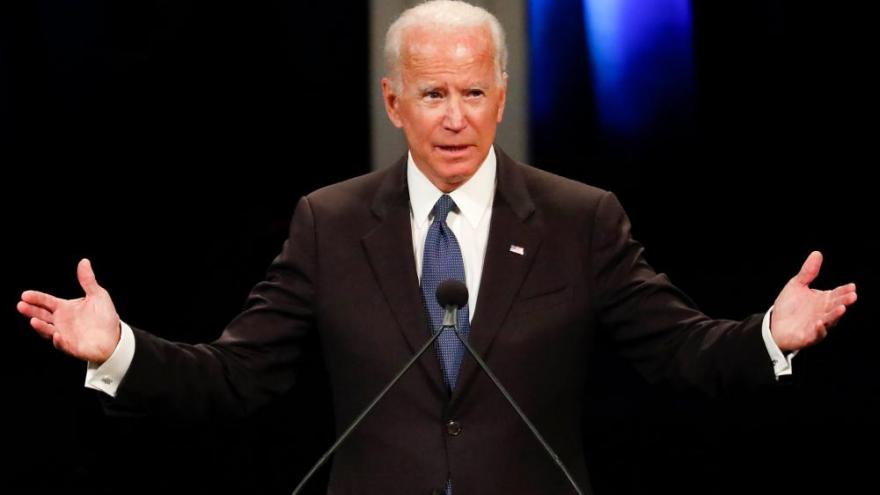 During an interview with CBS' "60 Minutes" set to air Sunday, the 2020 Democratic presidential candidate called the senior administration roles of Trump's daughter Ivanka Trump and her husband, Jared Kushner, "improper." Trump has repeatedly criticized Biden's son Hunter, who sat on the board of a Ukrainian natural gas company while his father was in charge of the Obama administration's Ukraine policy. There is no evidence of wrongdoing by either Biden in Ukraine.

"Look, I wasn't raised to go after the children. Their actions speak for themselves. I can just tell you this, that if I'm president -- get elected president my children are not going to have offices in the White House," he told "CBS Evening News" anchor Norah O'Donnell when asked if he believes Trump's children have acted properly and avoided conflicts of interest. "My children are not going to sit in on Cabinet meetings."

He added: "It's just simply improper, because you should make it clear to the American public that everything you're doing is for them."

Biden also said the President's children should not be engaged in the "day-to-day operation they know nothing about" and said Kushner should not be negotiating a Middle East peace plan.

"What credentials does he bring to that? I mean, look, think of all the really solid people that were left -- that were -- started off in that administration. They've all left. They've all left. All the talent is gone. They've left. ... Or, like, great -- great Americans like Rudy Giuliani is still engaged," Biden said. "I mean -- I mean, what- - what's going on? People see this. They're thugs. You know, Giuliani and the two guys who were helping him, they get arrested at the airport, trying to leave the count -- I mean, what -- what -- where has that happened in any other president's watch?"

The Trump campaign fired back in a statement later Thursday night.

"Joe Biden is correct on one point: Hunter Biden would never have an office in the White House because he's proven that his only qualification is being the son of Joe Biden," said Brad Parscale, Trump's campaign manager. Parscale went on to mention some of what Kushner and Ivanka Trump had worked on during their time in the White House.

White House senior advisers Ivanka Trump and Kushner have been very involved in the Trump administration, at times traveling with the President abroad.

Kushner went to Bahrain in June to participate in a "Peace to Prosperity" conference to discuss the White House's $50 billion proposal to boost the Palestinian economy. During the conference, Kushner said, "Economic growth and prosperity for the Palestinian people are not possible without an enduring and fair political solution to the conflict."

Ivanka Trump has appeared alongside her father at key events, including the G20 summit in June and the United Nations General Assembly in September.

Hunter Biden said during an interview with ABC News earlier this month that he "did nothing wrong at all" but had used "poor judgment."

He had announced days earlier that he would resign from his board role in the management company of a private equity fund backed by Chinese state-owned entities at the end of this month and vowed that he would not work for any foreign-owned companies or serve on their boards if his father became president.