Biden says he will choose his running mate next week 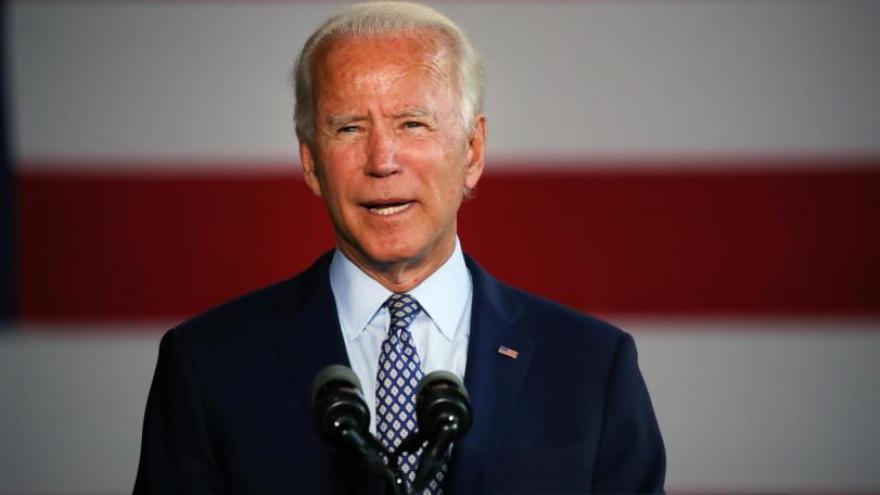 The former vice president's comment came during a news conference after a speech in Wilmington, Delaware. Asked by CNN whether he will meet in person with finalists for the role, Biden said, "We'll see."

Biden has said he will choose a female running mate, and has faced pressure within the party to choose a woman of color.

His campaign's vetting process has played out amid the coronavirus pandemic, making meetings that could allow Biden to better get to know those being considered more difficult.

Noting that news crews were stationed outside his home in Delaware, Biden joked that he is "going to try to figure out how to trick you all so I can meet with them in person."

"I don't think it matters, actually," he said.

Shortly after clinching the Democratic nomination, Biden had targeted the beginning of August to select a running mate. On Tuesday, he said the selection will come in the first week of August.

His comments on Tuesday did not indicate when Biden will publicly announce his selection. But it is all but certain he will do so before the Democratic National Convention kicks off August 17 in Milwaukee, Wisconsin.

Two of Biden's former primary rivals, California Sen. Kamala Harris and Massachusetts Sen. Elizabeth Warren, are said to be under consideration for the Democratic ticket.