Biden says he was unaware of Giuliani raid: 'I give you my word, I was not' 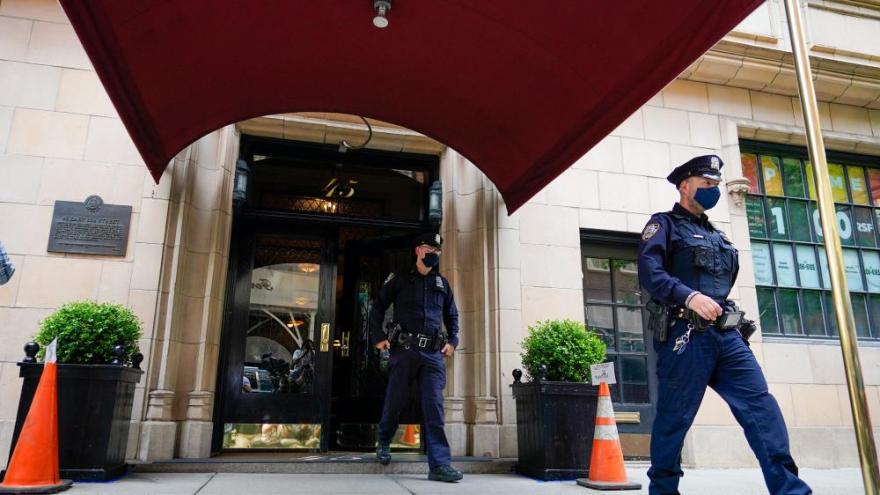 President Joe Biden said on April 28 that he was not given a heads-up that the apartment and office of Rudy Giuliani were set to be raided April 27, an extraordinary move in the Justice Department's ongoing probe of former President Donald Trump's onetime attorney.

(CNN) -- President Joe Biden said on Thursday that he was not given a heads-up that the apartment and office of Rudy Giuliani were set to be raided Wednesday, an extraordinary move in the Justice Department's ongoing probe of former President Donald Trump's onetime attorney.

Asked if he was given notice ahead of the raid, Biden emphatically told NBC News, "I give you my word, I was not."

He added, "I made a pledge: I would not interfere in any way, order, or try to stop any investigation the Justice Department had -- no way. I learned about that last night when the rest of the world learned about it, my word. I had no idea this was underway."

Federal agents executed search warrants at Giuliani's Manhattan apartment and office, and executed a warrant against an ally of the former New York mayor, advancing of a criminal investigation by federal prosecutors that has been underway for more than two years.

Giuliani, who served as Trump's personal lawyer, has been the focus of an investigation concerning his activities in Ukraine, including whether he conducted illegal lobbying for Ukrainian officials while he pursued an investigation linked to Trump's primary political rival, Biden, CNN has reported. Giuliani hasn't been charged and has denied wrongdoing.

On Wednesday, an attorney for Giuliani, Robert Costello, said the warrant described an investigation into possible violation of foreign lobbying laws and that it sought communications between Giuliani and people including a former columnist for The Hill, John Solomon.

As part of the same investigation, agents also executed a search warrant at the home of Victoria Toensing, a lawyer and Giuliani ally, a spokesperson for Toensing said. A person briefed on the matter later clarified that the house itself wasn't searched but that a phone was handed over.

A search warrant for a lawyer like Giuliani would require sign-off by the highest levels of the Department of Justice, likely by Deputy Attorney General Lisa Monaco or the acting deputy attorney general who served prior to her confirmation, according to departmental guidelines.

Before Biden's remarks to NBC, White House officials had said the Justice Department did not give them advance notice of the warrants.

Biden made the comments during an interview with NBC correspondent Craig Melvin that will air in full on Friday morning, a conversation that went approximately 30 minutes, according to Melvin.