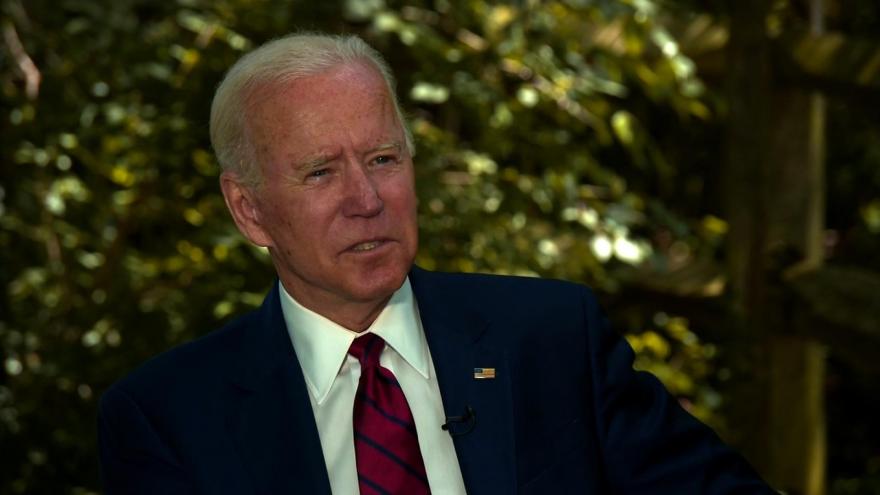 Joe Biden announced at a fundraiser evening that he hopes to name his running mate around August 1.

(CNN) -- Joe Biden announced at a fundraiser Wednesday evening that he hopes to name his running mate around August 1.

Previously, the presumptive nominee had said only that he hopes the vetting process for his vice presidential pick will be done by July.

On Tuesday, Biden had told CNN's Dana Bash in an exclusive in-person interview that while background checks are not happening yet, his vice presidential search committee has interviewed "a lot" of people under consideration.

At Wednesday's fundraiser, which he co-hosted with former Democratic presidential candidate Pete Buttigieg, Biden said his four-person vetting committee is in the processing of "deciding the basic cut."

"We're in the process of deciding the basic cut, about whether or not they really want it. Are they comfortable? They've asked a lot of questions," he said, according to a pool report readout of the event.

While he has already announced that his running mate will be female, Biden would not commit to choosing a woman of color, despite mounting pressure from outside groups to do so.

"There are women of color under consideration, and they're women from every part of the country -- so a lot of really qualified women that are ready to be president," he said Tuesday.

Earlier this month, Biden acknowledged the pressure and noted that there is "significantly more than one black woman" being considered.

There are a number of women who are likely to be considered and have been in regular contact with Biden in recent months, including Sen. Amy Klobuchar of Minnesota, Sen. Elizabeth Warren of Massachusetts and Michigan Gov. Gretchen Whitmer. Sen. Kamala Harris of California, former Georgia state House Minority Leader Stacey Abrams and Sen. Catherine Cortez Masto of Nevada are potential contenders as well.