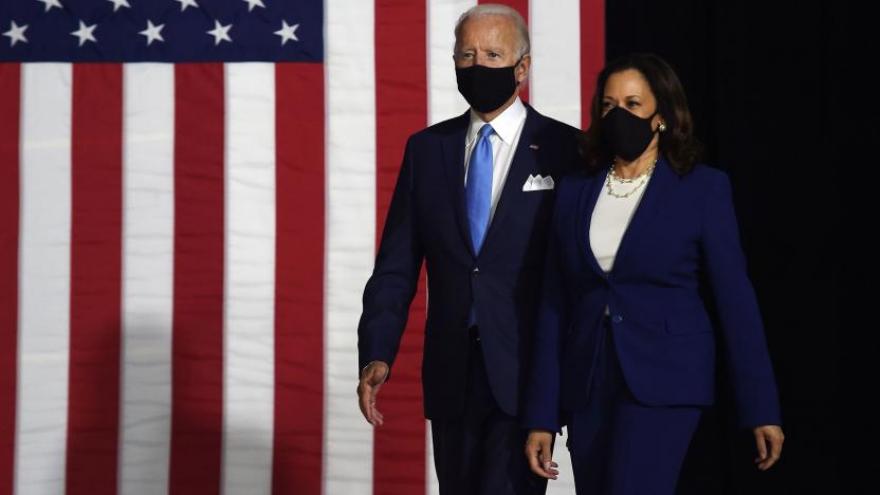 Presumptive Democratic presidential nominee Joe Biden announced on Aug. 12, 2020 that his campaign has raised $26 million in the 24 hours since he named Sen. Kamala Harris as his running mate.

(CNN) -- Presumptive Democratic presidential nominee Joe Biden announced Wednesday evening that his campaign has raised $26 million in the 24 hours since he named Sen. Kamala Harris as his running mate.

"The response has been overwhelming. In the last 24 hours, we've raised $26 million. One hundred and fifty thousand of you (were) first-time contributors," Biden said at a virtual grassroots fundraiser. "It's really palpable, the excitement, because there's so much at stake."

The announcement came just hours after Biden and Harris appeared together for the first time as running mates and a day after the former vice president named Harris, a senator from California and former presidential candidate, as his vice presidential pick.

The spike in donations could potentially help the two Democratic candidates eventually match or beat the August fundraising haul of President Donald Trump and the Republican National Committee. CNN reported last week that Trump's campaign and the RNC had bested Biden and the Democratic National Committee's fundraising haul in July, but the money gap between the two camps has essentially closed.

Trump's campaign and the RNC announced last week that their joint fundraising committees had raised more than $165 million in July. That bests Biden and the DNC's haul of $140 million last month.

However, Biden and the DNC ended July with $294 million on hand, the former vice president's campaign said last Wednesday. That's just $6 million less than the more than $300 million that Trump and the RNC reported having on hand.