Biden reverses some Trump policies related to Cuba, making it easier for families to visit relatives in country 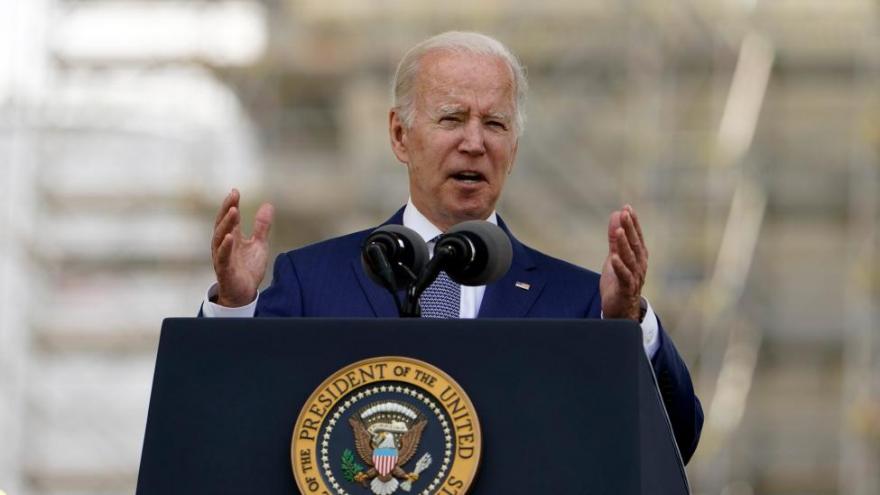 President Joe Biden speaks at the National Peace Officers' Memorial Service on the West Front of the Capitol in Washington, Sunday, May 15, 2022, honoring the law enforcement officers who lost their lives in the line of duty in 2021.

(CNN) -- The State Department on Monday announced a series of measures it said is aimed at supporting the Cuban people, including reinstating the Cuban Family Reunification Parole Program and increasing consular services and visa processing.

"We will make it easier for families to visit their relatives in Cuba and for authorized US travelers to engage with the Cuban people, attend meetings and conduct research," spokesperson Ned Price said in a statement.

The Biden administration is also lifting the family remittance cap of $1,000 per quarter "and will support donative remittances to Cuban entrepreneurs, both with the goal of further empowering families to support each other and for entrepreneurs to expand their businesses," Price said.

President Joe Biden promised in September 2020, during the campaign, that he would "try to reverse the failed Trump policies that inflicted harm on Cubans and their families." His administration had been conducting a review of Trump's Cuba policies since Biden took office in January 2021. How Biden navigates Cuba could carry political implications, given he lost Florida to Trump in the 2020 election after the former President repeatedly claimed Biden would turn the US into a "socialist country" if he won, a message that resonated with Cuban Americans.

The announced changes to Cuba policy announced came after a lengthy review ordered by the President, and amount to the biggest policy steps toward the island since Biden took office. Yet they stop short of fully reinstating the Obama-Biden administration approach toward Cuba, leaving in place some restrictions and maintaining sanctions on certain entities.

The US will still prohibit American tourism in Cuba and won't allow individuals to travel there for educational purposes, even after loosening some Trump-era restrictions on the island, senior administration officials said Monday.

But the changes will expand the number of commercial and charter flights to Cuba, including to cities beyond Havana, and will allow more Americans to interact with the Cuban people through authorized group "people-to-people" visits.

Doing so "will allow for greater engagement between the American people ... and their democratic values," one senior administration official said.

The US still plans to process immigrant visas at its embassy in Guyana as it works to restaff its facility in Havana, which saw a reduction in size following still-unexplained health incidents among diplomats and staff. Biden instructed his team to increase the staffing at the embassy, in part to make applying for immigrant visas easier.

The announcement comes as Biden faces a decision over whether to invite Cuban leaders to the upcoming Summit of the Americans, which he is hosting in Los Angeles at the start of June. Officials insisted the changes announced Monday were completely unrelated to the summit and controversy surrounding its potential exclusion of certain leaders in the region.

"We should be focusing on addressing a whole host of shared challenges in the region and not blow up the summit over who shows up and who's who doesn't," one official said.

Instead, they said the lifting of the restrictions came after months of deliberation and study, which Biden ordered following protests in Cuba last year.

An official described the changes as "practical steps that we are taking to address the humanitarian situation and to respond to the needs of the Cuban people."